Some guy named Colin Delany tells me that stories of black mob violence and black-on-white crime are “anecdotal,” jut cherry picking. Only for the gullible.

Delany is only repeating what the Los Angeles Times, CNN, Slate, and dozens of other liberal house organs are saying: No racial violence happening here. The country is so big that anyone can find anyone doing anything at about any given time.

Regardless, the cherries are piling up: This time, the victims of two recent cases are senior citizens, one 89 years old, the other 70. Both incidents occurred after Christmas. For your consideration…

James Gorman does not cotton to speeders in his neighborhood. He tells them to slow down. Two days after Christmas, the 70-year old was pushing his wife in a wheelchair. Their granddaughter sat in her lap.

Gorman saw a car “haul[ing] butt” down his street in a suburb of Tampa. So he said something. The passengers, all black, did not like it. Opposing Views tells what happened next:

That’s when the car stopped and two men got out who proceeded to beat Gorman unconscious.

‘He grabbed my hands … proceeded to beat the daylight out me,’ he said. ‘He knocked me out.’

Gorman was left with a torn rotator cuff, a black eye, and pounding headaches.

‘I guess decided they needed to show how big a men they were,’ he said.

One of the attackers tried to gouge his left eye.

‘That’s a thumb in the eye,’ he said. ‘That’s meant to do damage. That’s pretty low – somebody who does that.

Gorman is out of the hospital now. Injuries like his are described as “minor” or “non-life threatening.” But he is still bruised and battered. He still has the headaches. As for his wife and granddaughter, they have seen what cannot be unseen. Police reports do not list that kind of damage.

It was 6 a.m. Yes, the coffee is pretty good there and the food is … affordable. Old people don’t sleep that much anyway. The local ABC affiliate picks up the story: Three men, believed to be teenagers, attacked the World War II veteran and knocked him to the ground. The teens stole Bollinger’s wallet and an unknown sum of cash.

He was taken to the hospital with what the police call “serious” injuries.

Baltimore law enforcement and political officials say what the ABC affiliate would not: The men were black. And black mob violence is a regular and frequent and intense part of life in that city. Sometimes they use racial epithets. Sometimes they do not.

One way makes it a hate crime. The other not. Either way, most of the time they do not get caught.

Others call it eyewitness testimony.

A list of everything imperial mayor Michael Bloomberg banished from his kingdom during the past 12 years
Next Post
The IRS and the Fed both turned 100 in 2013, but don’t blame Jefferson 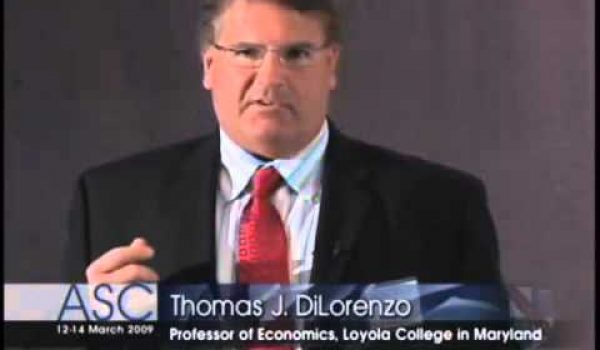