On Saturday, the New York Times published a report finding no evidence that Al Qaeda or other international terrorist groups had a role in the Sept. 11, 2012 attack in Benghazi that killed four American heroes. Instead, Times author David Kirkpatrick wrote, the attack was fueled in large part by anger at an anti-Muslim video, as the Obama administration first claimed. Both points have already been proven wrong, but that doesn’t matter to the Times or to Hillary Clinton, who is the major beneficiary of the perpetuation of a Benghazi fantasy.

“I dispute that, and the intelligence community, to a large volume, disputes that.”
He also repeatedly said the story was “not accurate.”

Rogers was joined on the show by California Democratic Rep. Adam Schiff, who said, “intelligence indicates Al Qaeda was involved.”

The findings in the New York Times story also conflict with testimony from Greg Hicks, the deputy of Ambassador Christopher Stevens, who was killed in the attack. Hicks described the video as “a non-event in Libya” at that time, and consequently not a significant trigger for the attack

The Times article argues that terrorist organization Ansar al-Shariah not al Qaeda was behind the attack but neglects the inconvenient truth that Ansar al-Shariah is affiliated with al Qaeda.

In addition, the report ignores the Times’s own previous accounts of al Qaeda involvement, as reported by the Weekly Standard:

Left out of the Times’s account are the many leads tying the attackers to al Qaeda’s international network.

For instance, there is no mention of Muhammad Jamal al Kashef, an Egyptian, in Kirkpatrick’s retelling. This is odd, for many reasons.

On October 29, 2012 three other New York Times journalists reported that Jamal’s network, in addition to a known al Qaeda branch (al Qaeda in the Islamic Maghreb), was directly involved in the assault. The Times reported (emphasis added): “Three Congressional investigations and a State Department inquiry are now examining the attack, which American officials said included participants from Ansar al-Shariah, Al Qaeda in the Islamic Maghreb and the Muhammad Jamal network, a militant group in Egypt.”

The Times’ claim that the Benghazi attack “was fueled in large part by anger” at the video about Islam is also fantasy. Gregory Hicks, deputy chief of mission at the U.S. Embassy in Libya, testified before Congress that at at 2 a.m. Tripoli time on the evening of Sept. 11, 2012 he spoke with Secretary of State Hillary Clinton and members of her senior staff. According to Hicks, he briefed Clinton on what was happening on the ground in Benghazi and that in the course of his call no one mentioned the internet video insulting the Prophet Muhammad. Instead, the ongoing attack was discussed as an act of terror.

A statement made in July by General Carter Ham, ousted head of U.S. Forces in Africa, also disputes the Times account. Ham was one of the speakers at the Aspen Security Forum and said it quickly became clear the assault on the American consulate in Benghazi was a terrorist attack and not a spontaneous demonstration.

When asked whether he specifically thought it was a terrorist attack, Ham said, “I don’t know that that was my first reaction. But pretty quickly as we started to gain understanding within the hours after the initiation of the attack, yes. And at the command I don’t think anyone thought differently.”

Then there is the independent review of social media published by Fox in 2012, which looked at 4,000 social media postings from Benghazi found no reference to the video until the day after the attack.

According to the Times report, there were some social media references to the video that precede the Sept. 11 attack. But the overwhelming amount of the evidence indicates that the video did not play a significant role in the attack.

As the “news spokesman” for the Democratic Party, the New York Times is simply doing its duty: When the news isn’t fit to print, make it up. 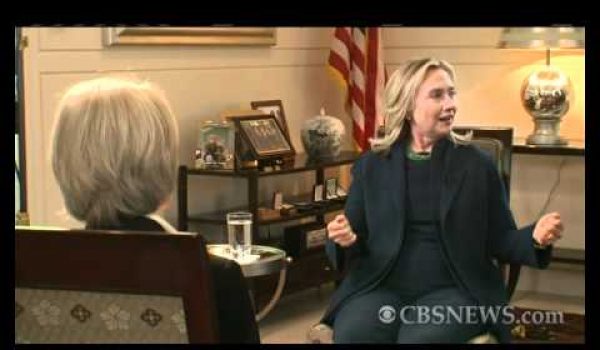