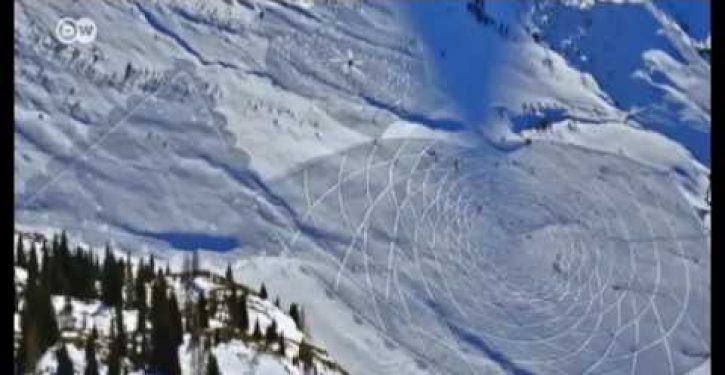 Most of us see snow as a nuisance, as something to shovel away or trudge through, but artist Simon Beck sees the white stuff as a blank canvas. Using his feet as a “brush,” he converts snowfields in the French Alps into artworks that are as remarkable as they ephemeral: None of his masterpieces lasts beyond the next fresh blanket of snow or strong wind, sometimes being erased by nature within 24 hours of their creation.

According to NPR via Opposing Views, the 54-year-old Beck walks miles in the snow, sometimes 10 hours at a time, to create intricately patterned pieces. “The mountains improve the artwork,” he says, “and artwork improves the mountains.”

A former orienteering mapmaker, Beck creates designs that are reminiscent of crop circles and oftentimes as large, many the size of three football fields. Each work begins with a series of sketches. The actual physical work is carried out primarily at night, when the temperatures are cold enough to preserve shapes and forms.

On average, the work takes about 10 hours on location, but it can take as long as two days to complete more intricate patterns, according to the Digital Journal. Most of the work is done at night in low temperatures.

Several works are shown below, along with a video. More may be glimpsed on the artist’s Facebook page, which currently has 180,000 likes.