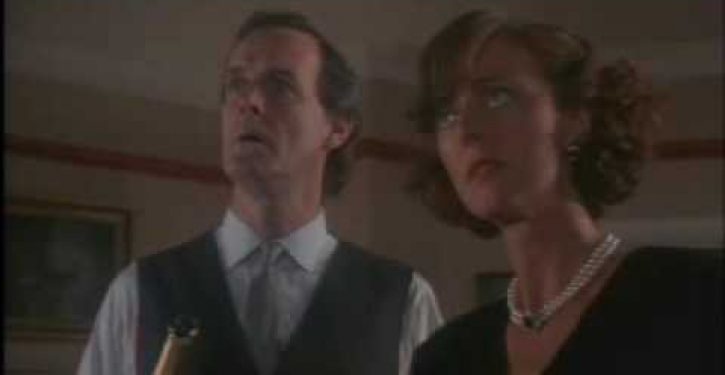 Despite no one in the mainstream media’s being bright enough to recognize the undeniable similarities, our British cousins are embroiled in their own version of the Duck Dynasty controversy.

As reported by The Daily Mail (of London, England) on Dec 22, 2013, the commonfolk in Great Britain have told Marks & Spencer, a hoity toity chain store, that they can do exactly what the everyday people plan on doing with their Christmas turkey – stuff it.

No, That Doesn’t Stand for ‘Mallard & Squirrel’…

The best way for us Yanks to understand what the Marks and Spencer (also known as M&S) stores are like is to imagine a Wal-Mart Superstore sans prison-tattooed white trash, blacks wearing way too much electroplated gold chains/rings/earrings along with pants that hover around the mid-vertical gluteal crease, and of course, no low-end transvestites who’ve only succeeding in giving everyone a major case of the heebie-jeebies.

Now populate that same store with people who speak the Queen’s English with that sissy West End London accent, as uptight as the cast of Pride And Prejudice: Complete BBC Series and more liberal than the idiots at the CPGB, and replace the staff with more than a few followers of Muhammad who harbor a heavy sense of entitlement.

It tuns out those Muhammadan employees have taken offense at interacting with kafir customers purchasing pork and/or alcohol.

The genii in charge of M&S’s public relations and legal departments have convinced higher management that Muslim employees have the right to refuse service to customers wishing to buy booze or bacon.

As one customer intimated to The Mail:

I had one bottle of champagne, and the lady, who was wearing a headscarf, was very apologetic but said she could not serve me. She told me to wait until another member of staff was available.

M&S’s know-it-all Wendy Leach-ish attitude has resulted in a firestorm of protest. The retailer has been hammered on the internet for their decision resulting in anti-M&S pages on Facebook as well as “more than 1,500 others put posts on MailOnline.”

If you have Christian workers who wish to refuse the sale of ladies’ garments to male homosexuals or men’s trousers to lesbians, I do hope you will stand by those workers’ religious or personal beliefs.

My family and I shall no longer purchase any goods from your company due to the implementation of this ‘one rule system’ that creates further division and hatred within our communities.

The chain store has released a statement reading:

Customer service is our priority.

Where we have an employee whose religious beliefs restrict food or drink they can handle, we work closely with our member of staff to place them in a suitable role, such as in our clothing department or bakery.

As some Brits have already asked, what if Muslim employees have to handle leather from an animal that wasn’t slaughtered according to sharia law (halal), or if they have to lay hands upon a rum cake?

Wendy knows it all…