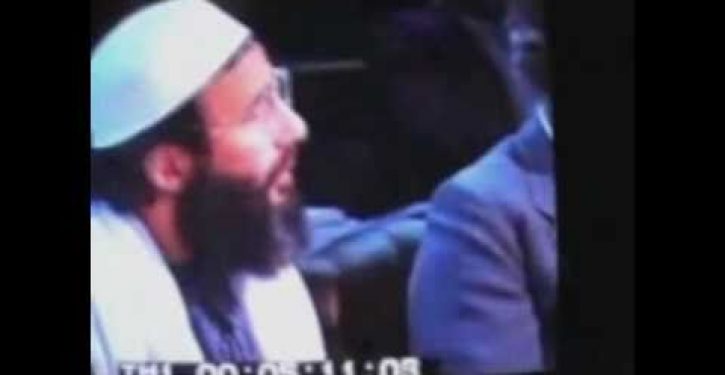 Salon.com once ran in a satirical article that the decidedly right-of-center Pope Benedict XVI joked with the Chief Rabbis of Israel that ’70’s soft-pop balladeer Cat Stevens was in actuality the “Ayatollah of Wimp Rock.”

Regardless of whether the German Shepherd appreciates the estrogen-infused soothing strains of the individual born Steven Demetre Georgiou, the man who became famous as Cat Stevens was just selected for induction into the Rock & Roll Hall of Fame, as reported by the Persian Gulf news portal Al Arabiya News on Dec. 17, 2013.

Best known for such decidedly hippie-friendly tunes such as “Moonshadow” and “Peace Train,” Stevens converted to Mohammedanism in the late 1970’s and changed his name to Yusuf Islam.

With his new last name translated to mean either “submission” or “peace,” the newly minted Yusuf Islam attracted controversy after he had already made his millions and the shine was long since off the apple of his fame.

In the wake of the anger in the Muslim World when Indian-British novelist Sir Salman Rushdie penned “The Satanic Verses,” Yusuf Islam voiced support for the fatwa issued by Iranian Supreme Leader the Ayatollah Ruhollah Khomeini in 1989 when he offered a blood money bounty for Rushdie’s head on grounds of blasphemy against Islam. Yusuf Islam stayed in the spotlight later in his career, as cited by Front Page Magazine:

ABC News also reported that Yusuf Islam was also booted from Israel in 1990 after he “delivered tens of thousand of dollars to Hamas” during a previous trip to the Jewish State.

Not quite done yet, Islam injected himself into the latest episode of Muslim outrage when Pope Benedict quoted a long-dead Byzantine Emperor who once stated the teachings of Mohammed that his made-up religion should be spread by the sword were “evil and inhuman.”

Displaying his ignorance of correct Catholic teaching, Islam stated that because he once attended Catholic school as a child “at one point I used to believe that the Pope was infallible.”

Infallible declarations are a bit more in-depth than the amateurish glossing over by Islam.

Pope Benedict never apologized for what he said, but did state he was “deeply sorry” if anyone had their feelings hurt.