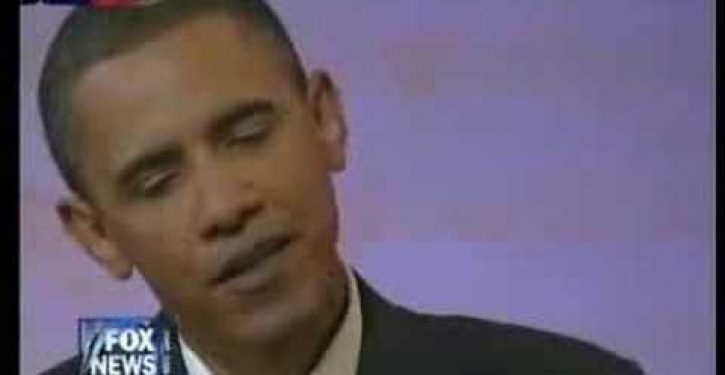 MSNBC’s Melissa Harris-Perry may have been on to something when she asserted last week that Obamacare is a pejorative, not unlike the n-word. No, Melissa, the term was not conjured up by “wealthy white men who needed to put themselves above and apart from a black man.” But it is a misnomer for the equally dubiously name Affordable Care Act (which is neither affordable nor about care: Discuss). As more and more of the law takes effect, it is turning out to be the antithesis of everything Barack Obama promised early on. To enroll at one of the exchanges is to sign up for health insurance in the Bizarro World.

Consider the most fundamental promise of the law, to insure between 25 and 40 million Americans who lacked health insurance. Since the Oct. 1 rollout of Healthcare.gov, 364,682 people have signed up, according to figures from the Department of Health and Human Services. That’s a very optimistic reading since it doesn’t specify how many of those enrollees signed up for Medicaid or, more importantly, how many were so-called “invincibles,” whose participation is necessary to dilute the risk pool for older and/or sicker people. But even at its face value, that number is good news only as long as you ignore the flip side of the coin. Some 5.6 million Americans have had their health insurance cancelled. That means a net gain of –5.2 million enrollees, which sounds more like Bizarrocare than Obamacare.

Jonah Goldberg, writing at National Review Online, reports on another feature of the health care law that is more Bizarro than Obama. The president, he reminds us, “promised on numerous occasions that the average family of four will save $2,500 a year in premiums…. Three Harvard economists wrote a memo in 2007 in which they claimed that then-Senator Obama’s health-care plan would reduce national health-care spending by $200 billion. Then, according to the New York Times, the authors ‘divided [$200 billion] by the country’s population, multiplied for a family of four, and rounded down slightly to a number that was easy to grasp: $2,500.’”

In September, the Obama administration’s Centers for Medicare and Medicaid Services used far more rigorous methods to predict that Obamacare would increase national health-care spending by $621 billion. Using Obama’s own math, that would mean — according to Chris Conover, an economist at the American Enterprise Institute and Duke University — each family of four in America will spend an additional $7,450 thanks to Obamacare.

Whatever you call it, the health care reform law looks increasingly ill-fated and demonstrates how far “above Obama’s pay grade” the job of president has turned out to be.

But before letting him off the hook as a feckless moron, it is worth noting that he knew as early as 2010 that millions would lose coverage under the law he was proposing and was captured saying as much on video.