Tryon Kincade, 19, and Tyshaune Kincade, 18, murdered an Iraq war veteran, National Guardsman James Vester last Wednesday in Indianapolis after he responded to an ad on Craigslist with the hope of purchasing an iPad for his parents for Christmas.

The brothers shot and killed the loving husband of Jamie and father of a one-year-old beautiful baby boy, Gavin, upon his arrival at the daytime meeting place, a parking lot at an apartment complex.

CNN reports on Vester, but barely makes mention of his cowardly killers, much less their criminal background. Not surprisingly, the brothers seem to have quite a list of prior run-ins with the law, and as reported at the Daily Mail, “One of their Facebook pages boasts of going to the school of ‘da thug life’.”

Their Facebook pages no longer seem to be available.

John Tuohy and Bill McCleery of the Indy Star  reported,

“In September 2011, the brothers were arrested after they allegedly threatened two 13-year-old girls with a handgun, according to a police report.”

Just two months later, an article from the Sun Times reports that the brothers, along with another teen, fled from the police in a stolen vehicle in March, 2012. After crashing into a parked car and attempting to flee, they were captured. Tyron Kincaid “was wearing an ankle bracelet for home detention” at the time of his arrest. The car they were driving was stolen during a home burglary in February, and the teens dropped “a bag with 11 smaller bags of marijuana [and a scale] on the ground during the arrest.” The trio “were arrested and charged with auto theft, felony resisting in a vehicle, resisting law enforcement and criminal trespass.”

Tuohy and McCleery reported that last Thursday, Tyshaune Kincade was ” taken into custody”  for yet another crime, after police found him “driving a 1998 white Buick without a driver’s license, and the car’s license plate was registered to another car.”

According to the article,

“…the brothers were stopped by police last month in the same car near where Vester was slain.” [emphasis added]

“The officer said he smelled marijuana when he approached the car, but Tryon told him that someone else had been smoking in it, a police report said. Tyshaune was arrested on a charge of possession of paraphernalia after the officer found a marijuana pipe. Tryon was given a citation for driving with an expired license plate.”

The Daily Mail reported that

“After searching Tyshaune’s mother’s house ,they were able to figure out that the text messages sent to Vester’s phone came from 19-year-old Tryon Kincade’s phone. Tryon’s number was also the same one used in other robberies in the area.” [emphasis added]

“According to a probable cause affidavit, police had been tracking several robberies set up through Craigslist for about two months. The affidavit says the robbers stole several hundred dollars in cash, iPhones and other cellphones from victims in four robberies during October and November.”

The question is: Why were these criminals free to kill an innocent man? As reported by Derrik Thomas of the IndyChannel, “recidivism rates over the last decade have been anywhere from 48 to 62 percent.”

Where is the coverage of the criminal history of these teens? Where is the serious discussion about this culture that has permeated today’s teens, driven by the mainstream media and the hip-hop industry? It would be interesting to know if these teens had parents who were engaged in their well being. Based on their actions, it is highly unlikely. It is time to stop shoving this conversion under the rug. There were numerous warning signs that the Kincade brothers would continue their criminal activities.

A fund raiser for Vester’s family (see below) can be found at YouCaring.com. 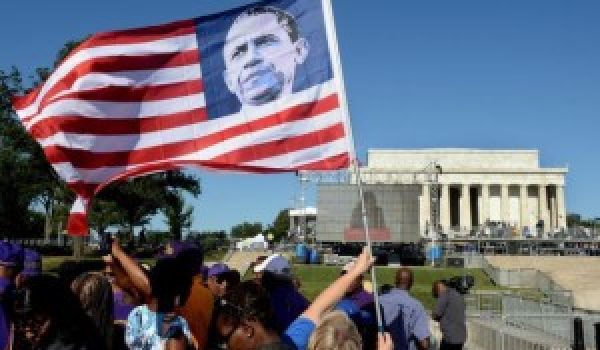