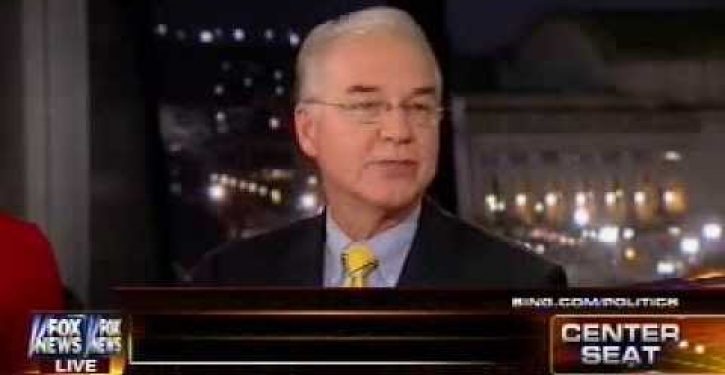 Speaker Boehner and other establishment Republicans must stop disparaging the motives of those who didn’t vote for or support Ryan-Murray.

Reasonable minds could differ on the proper strategy, tactics and substance of any budget and/or debt limit deal, before the vote of approval last night. Post-government shutdown, with the GOP way up and President Obama and the Dems way down in the polls due to anger of Americans over the consequences of the Obamacare roll-out, many are persuaded that the Ryan-Murray budget deal is the best way to go.

The differences between Ryan-Murray and another CR with the sequester are simply too puny to be worth a protracted budget fight, especially when the Democrats probably crave another government shutdown that can be blamed on the GOP so as to change the subject in Washington from the Obamacare fiasco.

Plus, the budget deal does enact “permanent” cuts on the entitlement side that Rep. Tom Price (R-GA) says would require an act of Congress to un-do. Price also supported the deal because it ends the CRs that merely continue the priorities of the last Pelosi-Democrat budget before the GOP won back the House in 2010. Price also argued from the “Center Seat” on The Panel of Bret Baier’s Special Report on Fox News Channel, that returning to the budget appropriations process over the next 18 months holds out hope that the House can re-claim more of the power of the purse granted it by the Constitution.

It was acceptable to risk a government shutdown that tried to save America from Obamacare consequences, but not over the sequester.

A shutdown had been done. It helped to solidify in the public’s mind that only Democrats are responsible for the suffering they are experiencing and will experience in the coming year due to Obamacare before the 2014 mid-term election. There is no need to re-visit a government shutdown.

But reasonable conservative minds can differ, and it does the cause of Republicans of any stripe no good for the Speaker to trash the motives of those that disagreed with his leadership and the Ryan-Murray proposal.

Speaker Boehner on conservatives that disagreed:

House Speaker John Boehner went off on outside conservative groups Wednesday morning for pushing against the new budget deal.

“They’re using our members and they’re using the American people for their own goals,” he said. “This is ridiculous.”

Several key conservative groups are against the sequester relief within the new budget deal.

“Though conservatives support more spending restraint, the discretionary spending limits defined in the Budget Control Act represent a promise to the American people to marginally slow the growth of government,” reads a lettersigned by the heads of Heritage Action, the Family Research Council, and the American Conservative Union. Heritage Action’s Michael Needham penned an op-ed in USA Today on Tuesday calling the deal “a step backward.” The Cato Institute called the deal a “huge Republican cave-in.”

Speaker Boehner should have stuck to his word on the 72-hour rule (rather than a mere 36), made his best case for Ryan-Murray, and let members vote however they want before the bill passed last night, thankfully meeting the Hastert Rule with a majority of Republican votes.

Boehner has earned no trust deserving loyalty on this or any other vote, even if he is right on substance. He has squandered the job tea partiers delivered to him in the mid-term election of 2010. Conservatives and Republicans are winning right now and need to keep the light shining on the failure of Obamacare and let the President have his cake and eat his crow.