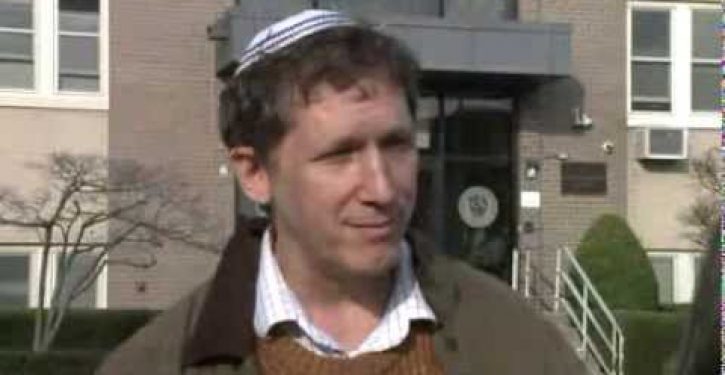 Did you hear the one about the skinny accountant who could bench-press 500 pounds? Me neither. Watch your stereotypes, but having grown up Jewish in a predominantly Jewish community and attending a high school that was 90% Jewish, I’m here to tell you that the chosen people are — how to put this tactfully? — not known for their pugilistic prowess.

So when I read in the Jerusalem Post that a rabbi named Gary Moskowitz is training Jews in Brooklyn to protect themselves against perpetrators of the Knockout “game,” I did an oy vey! Granted, Moskowitz (who is also known — no joke — as Rabbi Rambo) is described as a former police officer and seventh-degree black belt (wait, is he sure he’s Jewish?). But his students aren’t — and therein lies the rub.

Most of the victims of the attacks in New York, the article asserts, have been Jewish. The “game,” for those who’ve been out of the country, entails walking up to a perfect (or imperfect) stranger and attempting to knock the person down — and ideally “out” — with a single blow to the head. Eli Leidner, of Williamsburg, Brooklyn, the latest victim, describes his Dec. 1 encounter thus:

Two people came at me and the woman hit the front of my face like this. They just laughed afterwards and ran away, they didn’t say any words.

So far, all of the reported perpetrators have been black.

In addition to Rabbi Rambo’s efforts, the JPost notes that a group called the Jewish Community Relations Council of New York, an umbrella organization coordinating activities among various Jewish organizations in the city, is offering a $5,000 reward — or bounty, as they put it — for information leading to the arrest and conviction of attackers.