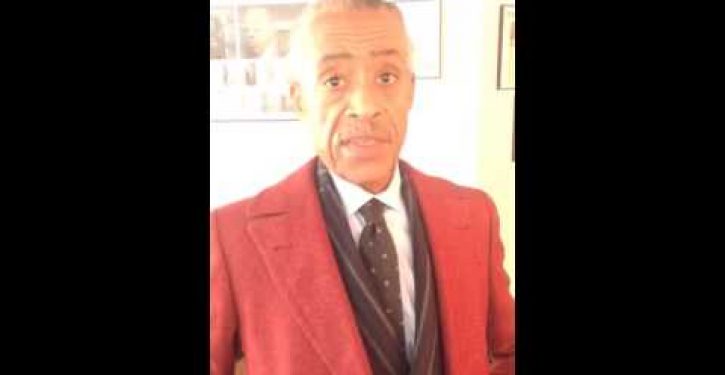 Credit where credit is due. Al Sharpton has spoken out against the “game” of Knockout and has launched a social media campaign urging that “players” find some other outlet for their pent-up hostilities.

According to CBS New York, Sharpton, joined by National Urban League president Marc Morial, hip-hop mogul Russell Simmons, and Jewish leader Rabbi Marc Schneier, has recorded a series of brief YouTube videos with the message that “The knockout game is not a game.”

He never comes out and identifies the perpetrators of the game by race, but baby steps.

Simmons has also recorded videos denouncing the “game.” In one he opines somewhat indelicately:

The group has asked people to join them by sending the following message through social media:

Of course this initiative creates a dilemma for bleeding-heart liberal bloggers like Slate’s Matthew Yglesias, who has asserted that Knockout is an urban myth perpetrated by the conservative media establishment. Do he and his ilk stand pat in their insistence that the game is a sham? And if so, does he need — plan — to explain to Sharpton et. al. that they are fools who have been duped by the vast right-wing conspiracy?