Jeannie DeAngelis of the American Thinker wrote an interesting article yesterday titled, “Liberal Semantics and the Redefining of Death Panels.”

Death Panels is a harsh, but accurate, phrase coined by Sarah Palin while describing the Independent Payment Advisory Board (IPAB), a board of unelected bureaucrats who would be charged with making cost-saving decisions about health care, effectively taking decision-making out of the hands of doctors and their patients.

If you think the website is bad, or that losing your insurance or facing higher premiums and deductibles is a burden, just wait until you are denied care because you or your loved ones have been deemed unfit to qualify.

It is not likely that Obama will be appointing people to the IPAB anytime soon, however, because despite his invocation of the nuclear option, it is too controversial and it is not even required by the Affordable Care Act. According to the law, in the absence of the IPAB, the Health and Human Services Secretary will be ultimately responsible for deeming people eligible for certain health care procedures and tests.

As Michael F. Cannon points out in a must read article published at Forbes,

“…if the president fails to nominate anyone to sit on this panel, or if the Senate fails to confirm anyone, then all of IPAB’s powers fall into the hands of…Health and Human Services Secretary Kathleen Sebelius. Obama doesn’t need to nominate anyone to IPAB. He can exercise more control over that super-legislature, with less political risk, by not nominating anyone and letting Sebelius act as a super-legislature unto herself.”

This is the same Health and Human Services Secretary who said in the case of a little girl with cystic fibrosis, Sarah Murnaghan, who did not qualify for an adult lung transplant due to her age, despite the fact that doctors believed such a transplant would save her life, that Murnaghan’s transplant request is an “incredibly agonizing situation where someone lives and someone dies.”

Fortunately, a federal judge reversed the decision and the little girl is home recovering after receiving her adult lungs. If not for the intervention of the courts, Sarah would not be able to have a chance at life. What if that little girl was President Obama’s child? Would Sebelius have fought harder?

The point is that despite the left’s assertion that the IPAB is not a rationing body, how could it be anything but a rationing body? The American Medical Association, for example, is against the IPAB, because it “will impose arbitrary across-the-board cuts to physicians and other providers.”

But as DeAngelis points out, the left is quite adept at changing the meanings of words, pulling the wool over the eyes of those who are not paying attention.

“Since the ruling of Roe v. Wade, supporters of abortion have been desperately trying to convince themselves and others that a growing, developing fetus is not alive and that, much like the concept of “is,” [referring to Bill Clinton’s use of the word to convince people that oral sex is not sex] “life” is also a subjective notion that hinges only on viability.”

Her point is solid. If the “experts” can convince you that an unborn child is a clump of cells, you will be more likely to fall in line.

Consider the words of renowned bioethicist Daniel Callahan, who founded the Hastings Center.

He said in a frightening piece last year:

…I can do no better than to recall the early debates in the 1960s and 1970s that I was caught up in as I moved to a pro-choice position on abortion. Clearly, many of my fellow advocates sought euphemisms for the actual procedure, any phrase or word that would avoid acknowledging that abortion is the outright killing of fetuses, often by chopping them up, crushing their skulls, and otherwise destroying them. Better to talk about “emptying the uterine content” or “terminating pregnancy.” A recent and notable addition to the list is to speak not of infanticide but of “post-birth abortion.” [emphasis added]

Now, Callahan and his peers have a new dilemma. He says that a “good euphemism for rationing” is needed.

It is not, however, easy to come up with a good euphemism for rationing, though ‘setting limits’ and ‘resource allocation’ are the common code words. The argument, in short, is not whether rationing will be necessary — that is taken for granted — but how prudently to talk about it in the public square. [Emphasis added]

Code words? Euphemisms? If they don’t have a solid argument, they openly try to change the language.

He is not alone.

Priority setting was called ‘rationing’ 20 years ago, and ‘resource allocation’ 10 years ago and will be called ‘sustainability’ 10 years from now, as our language about this problem becomes progressively sanitized. [Emphasis added]

Prominent bioethicist Arthur Caplan, not to be outdone, said here at 1:17,

“I think the question that we have to face as a society is, given scarce resources, given that there not enough hearts to go around, why aren’t we trying to make sure they are going to younger people as opposed to older people?”

Click on this link for a long list of examples of bioethicists endorsing rationing, all by using the false premise of “limited resources.”

An indignant post at Politifact notes that The IPAB is not allowed to submit “any recommendation to ration health care, as Section 3403 of the health care law states.”

However, according to the Committee on Ways and Means,

“…the Democrats chose not to define what they meant by “ration,” and such a definition does not appear anywhere in the Medicare statute. So, rationing is in the eye of the IPAB beholder. IPAB would be free to cut reimbursement rates for procedures and services that IPAB deems “unnecessary” to levels so low that no physician would provide the care.”

“ratcheted up the debate when he matter-of-factly stated that cost-control rationing, aka death panels, are built into the ACA.  Like Palin, Halperin, who has since toned down his original comments, avoided semantics and plainly said, ‘It’s not like a guess or like a judgment.’  Death panels are ‘going to be part of how costs are controlled.'”

The Healthcare.gov fiasco is the tip of the iceberg. It is time to repeal this law entirely. 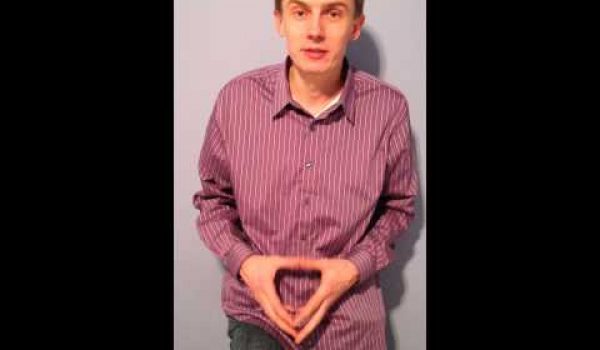