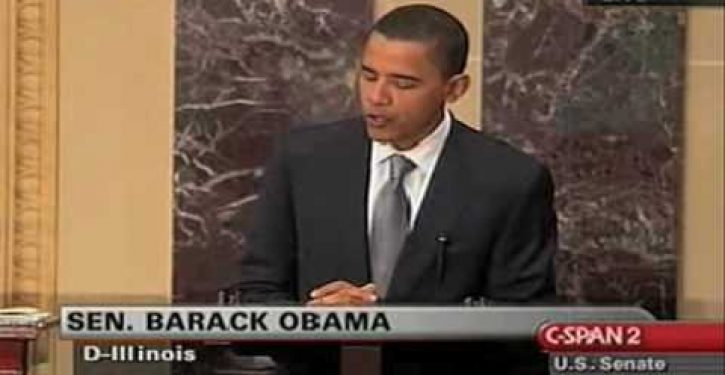 It’s that time of year! Time for one of those columns on what’s in, what’s out as the clock ticks down to the new year. My round-up is below. Feel free to add your own!

OUT (at the White House, at least): Calling the Affordable Care Act “Obamacare.”

IN (at the White House, at least): Using “Affordable Care Act” when talking about the president’s signature health care reform law. When the president was confident people would like the ACA, he was quite comfortable using the slang term Obamacare. Not so much, now that insurance cancellations and website failures have abounded.

OUT: Anecdotes.  Stories of cancer patients were used repeatedly on social media and by health care reform advocates to make the case for their ideas. The goal seemed to be to shame folks into feeling so much sympathy for these victims that they’d go along with anything. Alas, compassion isn’t enough to ensure good policy, as we’ve witnessed since the ACA’s passage. Now, the anecdotes are of cancer patients being kicked off insurance plans they liked because of the ACA. Which is why anecdotes are now so yesterday.

IN: Data. On a recent edition of MSNBC’s Morning Joe program, a brief discussion ensued about stories concerning the ACA. Mika Brzezinski is of the opinion that more good stories will be on the horizon as more folks find out the ACA’s benefits. As to the bad stories?

“You can take ten stories and make them sound like 100,” Brzenzski said.

“We have a debate by anecdote,” former Obama adviser Steve Rattner said.

And Willie Geist posited, “As Steve points out, you have to be careful about arguments by anecdote; both sides are guilty of this…let’s look at the data, how it plays out over time.”

So, forget feeling sorry for cancer patients harmed by ACA. We’re not supposed to care about that now. It’s data and statistics that count! Which is probably why White House spokesperson Jay Carney pushes the use of the small percentage of folks who have individual policies. Scratch that. Had individual policies. He doesn’t like to talk actual numbers of policies canceled, which are in the millions, not the hundreds, Mika.

OUT: Hateful comments by TV talk show hosts directed at gays. Alec Baldwin lost his short stint on MSNBC for some off-air off-color remarks, some of which were offensive to gays.

IN: Hateful comments directed at conservative women by TV talk show hosts. Martin Bashir made some loathsome remarks about former Alaskan Governor Sarah Palin and retained his job, with nary a breath of censure from his network. He did apologize, but he made his comments on the air, whereas Mr. Baldwin’s remarks were not part of his MSNBC broadcast.

OUT: Red lines, no matter who sets them, for determining foreign policy initiatives. Let me rephrase this: clarity is out.

IN: Rorschach imaging for foreign policy initiatives, where all the players see what they want to see. The administration announced a deal with Iran (“if you like your nukes, you can keep them….”), Iran boasted of getting all it wanted, then read the White House web site, only to discover the deal wasn’t what they thought and...hilarity ensued.

OUT: Media ambivalence. It used to be the media could be counted on to do absolutely no homework on policies being proposed by those in power they liked.  Uh, wait a minute, maybe that’s still true…

IN: Media posturing. Now, the media has grown a…sense of perspective. At least as far as White House photographs go. After using White House-generated photos for most of the Obama administration, the  White House Correspondents Association woke up from a five-years’ sleep and sent a letter to Jay Carney protesting this practice. A letter! The courage! The audacity! One trembles for them. What’s next? Actual–gasp–hard-hitting news coverage?

OUT: Conservative ideological groups that try to influence public opinion so that the electorate might vote a certain way. The IRS tried to stop them with oodles of paperwork, inappropriate questioning, and threats.

OUT: Borking. You remember that, don’t you? When Democrats raised a royal stink about a Republican judicial nominee, practically calling him the Great Satan? Even though he was well qualified and a respected jurist? Those were the days….

IN: The Nuclear Option. Yeah, yeah, both parties have threatened to do this–get rid of the filibuster rules for presidential nominees–but only the Democrats have hit the button, and it’s not the reset one. For a little trip down memory lane, though, here’s a sweet speech by then-Sen. Obama opposing the nuclear option. This was when he was against it before he was for it:

Those are my new “ins” and “outs.” Feel free to share yours!

Previous Post
The savage and animal raping of Lara Logan that the media continue to ignore
Next Post
Thankful for faith, friends and football