According to Rep. Charlie Rangel, D-N.Y., Tea Party Republicans want to destroy people in their districts, Senate Majority Leader Harry Reid did a good thing when he violated Senate rules to invoke the nuclear option, and Barack Obama should simply rule by decree, issuing executive orders for “everything,” Politicker reported Saturday.

“You know, the DREAM Act for the kids that came over here and didn’t know their home town, the president did that by executive order. What I did is I’ve taken out the language that he used and I’m gonna see why we can’t use executive orders for everything,” Rangel told NY1. “What’s he gonna do? Make the Republicans angry? They’re gonna get annoyed? They’re not gonna cooperate?”

Rangel — who once served as an Assistant U.S. Attorney under Robert F. Kennedy — also praised Harry Reid for violating Senate rules to invoke the nuclear option on filibusters against judicial nominees and wished he could do the same for legislation in the House.

He then slammed Tea Party Republicans for refusing to cooperate with Obama, and compared them to criminals.

“A police officer once told me when I was a kid that the worst criminal to deal with is one that doesn’t mind dying,” he said. “And if you take a look at what these Tea Party people have done–recognizing that there’s more sick and poor white folks then there is–but they still are resisting everything that the president wants to do so they can destroy the people in their district in terms of education and jobs, the Congress, the Republican name. And when we had the debt ceiling crisis, they were really prepared to let the United States of America fiscal policy to go in the tubes. How can you talk with people like this?”

Rangel praised Obamacare, claiming that too much attention has been placed on the disastrous rollout.

“They’re concentrating on the small misjudgments that have been made and nobody’s speaking for the 40 and 50 million people that have dreamed and hoped and prayed for that they could be included and insured,” he said, apparently ignorant of the millions who have already lost their coverage due to Obamacare. “Not having insurance not only destroys your life, it destroys your fiscal life. It breaks up marriages. You cannot function anywhere unless you have good health,” he added, saying Obama never should have apologized.

“I’d forget the apology,” he said. “The president should have said, ‘There’ll be a little quirks here, but we’ll take care of the quirks.’”

Some of the issues Rangel dismissed as “quirks” have resulted in at least one person having her identity stolen, and another man having his information provided to another person.

Rangel is not the first liberal to suggest Obama rule like a dictator.

Harry Belafonte suggested last December Obama rule like a tyrant and simply throw Republicans in jail for opposing him.

“That there should be this lingering infestation of really corrupt people who sit trying to dismantle the wishes of the people, the mandate that has been given to Barack Obama, and I don’t know what more they want. The only thing left for Barack Obama to do is to work like a third world dictator and just put all these guys in jail,” he said.

After Obama won the 2012 election, the liberal Daily Kos suggested he rule the country as a “benevolent” dictator.

Elected Democrats like Sheila Jackson Lee have repeatedly called for Obama to become a tyrant, ruling on issues like immigration and the debt ceiling by executive fiat, bypassing Congress when it suits his needs.

Obama has also expressed a desire to rule by fiat, and has pushed the envelope of his executive authority time and again.

Republicans typically respond with threats of impeachment, but nothing is ever done. 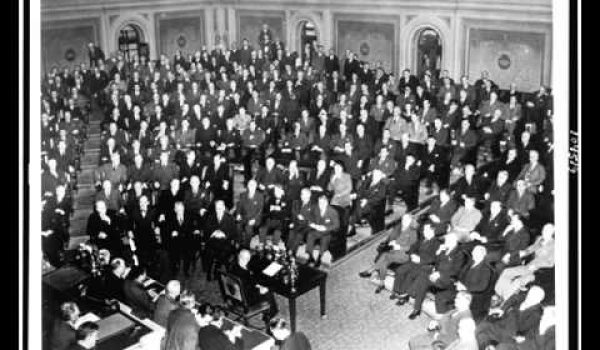