By most pundits’ reckoning, Obamacare is in serious trouble. Another poll is out today, this one from CBS News, and the findings provide no relief for the administration or its defenders. Just the opposite:

Thirty-seven percent now approve of the job Mr. Obama is doing as president, down from 46 percent in October – a nine point drop in just a month. Mr. Obama’s disapproval rating is 57 percent — the highest level for this president in CBS News Polls.

A rocky beginning to the opening of the new health insurance exchanges has also taken its toll on how Americans perceive the Affordable Care Act. Now, approval of the law has dropped to 31 percent – the lowest number yet recorded in CBS News Polls, and a drop of 12 points since last month. Sixty-one percent disapprove (a high for this poll), including 46 percent who say they disapprove strongly.

It takes more than a soupçon of denial at this point to see a bright future for Obamacare in its present form, but two columnists on the left have taken it upon themselves to turn scat into soufflé. One is Greg Sargent, who has written a piece at his Washington Post blog titled “Why Obamacare could still succeed.” The other, Salon’s Brian Beutler, appears to go all in with his headline: “The right’s in a box: Here’s how GOP loses Obamacare fight.”

Both men write that the chief impediment to the law’s success right now is the foundering Healthcare.gov website. Beulter argues that where the online exchanges are operational, enrollment in Obamacare is booming. He cites as a case in point Covered California, the nation’s largest state insurance marketplace. He notes that the director, Peter Lee, told the Los Angeles Times that Covered California is witnessing “incredible momentum,” adding that enrollment doubled in the first two weeks of November. Beulter concludes:

We now have pretty solid evidence that Obama administration officials are correct when they claim that the demand for insurance under the Affordable Care Act is substantial, but trapped behind the malfunctioning website.

Sargent for his part writes that the non-functionality of the federal website has forced insurance companies to forgo plans for massive advertising campaigns. He predicts:

If the federal website is mostly operational by the end of the month, it’s likely we’ll see a massive flood of advertising from insurance companies selling new plans over the exchanges.

Big if. Apart from that, Beutler and Sargent both tender arguments that might hold water if they were written in a vacuum. Placed in current context, however, neither stands up to scrutiny.

Peter Lee, whom Beutler quotes, told the Huffington Post last Friday that in California “older people or people who have health conditions” are the ones signing up for coverage. “These are people that have been waiting a long time to get covered,” he added, noting that his organization is working to counter this trend.

In the most optimistic reading, then, it is too early to say whether Lee will manage to persuade young, healthy people to sign up for Obamacare at higher-than-market prices or whether the dreaded death spiral will consume his state’s exchange. It is certainly premature to declare, as Beulter does in his delusional title, that the “right is in a box,” surge in California or no surge.

What of Sargent’s claim that advertisers will start lining up to persuade the masses that Obamacare is the right choice for them? His evidence is a Wall Street Journal article that does indeed presage an advertising boom. The author, Amol Sharma, Deputy Bureau Chief of the Media & Marketing, notes that as much as $1 billion could be spent on ads by insurers alone, citing TV executives and a broadcasters’ trade group.

The only problem is that the exchanges have received an enormous amount of negative publicity in the past month and a half, much of it from the mainstream media.  And even if Healthcare.gov is up and running by Nov. 30 (again big if) it will, by the administration’s own admission, available to only 4 out of 5 would-be enrolles.

Even if that best-case scenario does end up happening, if a full 20 percent of Heathcare.gov visitors are unable to log in and sign up for an insurance exchange, this could have a real ripple effect on users. According to one study, 67% of website users cited an unresponsive website as their primary reason for abandoning an online transaction, even if they had already placed an item in their virtual shopping carts. Another study found that 88% of website users are less likely to return to a website if it is slow or confusing to them.

It is unclear to what degree any amount of advertising will be effective at countering all the negative press the site has received and all the negative word-of-mouth buzz that it will continue to receive even in a “best-case scenario” for its proponents.

It’s too early to write postmortems for either the law or Barack Obama’s legacy. The fight over how to clean up the mess from Obamacare will be a long process — that much is sure. Based on the current facts and the upcoming iceberg that Obamacare still has to navigate when millions of employer-provided healthcare plans will be deemed “junk insurance,” the confident predictions of Sargent and Beutler are worth about as much as their readers paid to look at them.

Matt Sheffield contributed to this article.

Half the U.S. can vote early today: 5 reasons that’s bad
Next Post
‘Stupid enough’: Hitting Obama where he lives 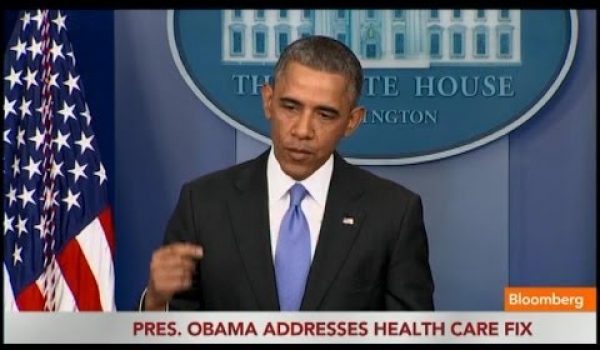