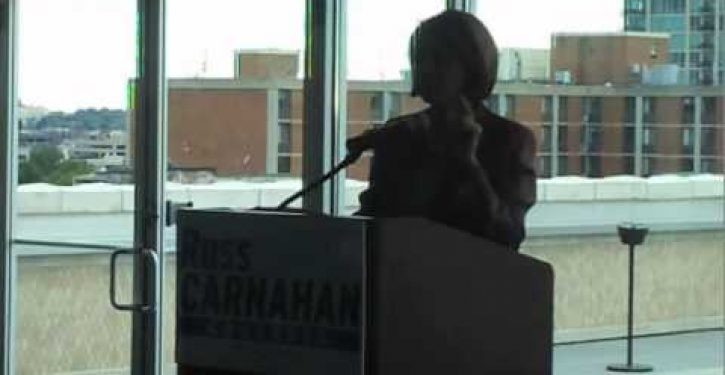 Currently, the most toxic twelve words in the English language are “If you like your health plan, you can keep your health plan.” Any member of Congress who is facing reelection in 2014 and uttered these words or some variation thereof should start contemplating alternate careers.

The Washington Examiner’s Byron York has been naming names. In a column today, he lists the 27 Democratic Senators who repeated the president’s false promise.

But members of the House are also in hot water for having repeated Obama’s Big Lie. In a post yesterday at Gateway Pundit, Jim Hoft provides the smoking gun that implicates the member of that chamber most deserving of being tossed out on her ear. The reference is to former Speaker Nancy Pelosi, who not only denied on Thursday ever having made that pledge but used the opportunity to take a shot at the insurance industry and its substandard coverage. Here is what Pelosi said:

Did I ever tell my constituents that if they liked their plan they could keep it? I would have if I’d ever met anybody who liked his or her plan. But that was not my experience.

As it turns out, there is a YouTube video of Pelosi campaigning in St. Louis in 2009 for former Rep. Russ Carnahan. In it, she says plainly: “If you like what you have, you can keep it.”

But that’s not all. As Hoft notes, Pelosi’s website still states: “Keep your doctor, and your current plan, if you like them.”