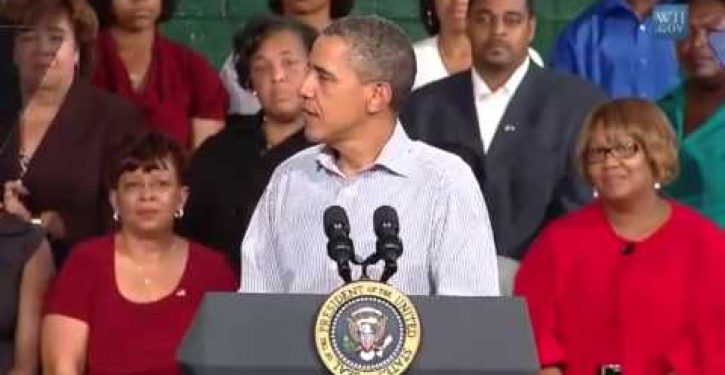 In a televised apology that had more than a few questioning his sincerity, Barack Obama bemoaned to NBC that he was personally “burned” by the public relations disaster, and in the case of millions of Americans — a financial disaster, that is the opening weeks of ObamaCare, as reported by the right-of-center news portal Mediaite.com on Nov. 7, 2013.

When queried by NBC’s Chuck Todd of the Affordable Care Act website, HealthCare.gov, that has been plagued by a plethora of constant bugs and breakdowns, Obama did hold himself accountable but then quickly qualified “I” to “my team”:

And we are working every single day, 24/7, to improve it.

Those expecting Team Obama to actually fix the immediate internet problems as a 24/7 priority will have to stand in line to the number of other priorities the Frustrated-in-Chief has placed at the head of the line:

Speaking without the aid of notes or the oft-parodied TOTUS (Teleprompter of the United States, which brags its own Seal, blog and Twitter account) Obama caught his verbal gaffe when he groused “I’ve been burned” and quickly shifted to “the American people” when he went a bit deeper into his personal feeling of a half a billion taxpayer dollars spent on a web portal that by all industry standards, doesn’t work: