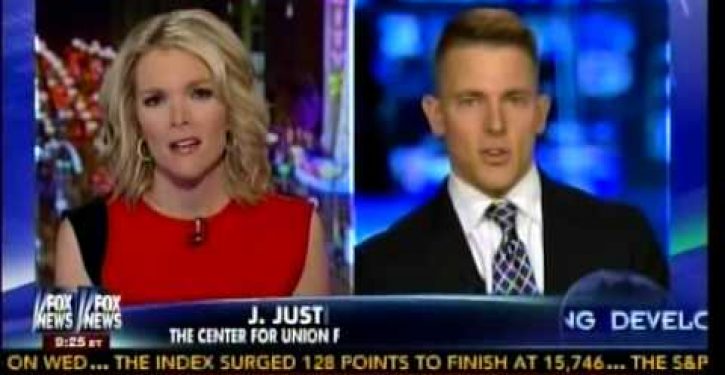 How did you expect a man who has demonstrated that he is dishonest as the night as long to solve a problem like the unions? Big labor was unhappy that under Obamacare, the favorable programs its leaders had negotiated with employers were going to be deep-sixed. They wanted the same subsidies that the people in the exchanges could get.

So how did Barack Obama mollify the union honchos who had helped him win re-election? By quietly slipping a change into the Obamacare regulations that gives a back door payoff to unions.

J. Justin Wilson, from the Center for Union Facts, said now the unions will be given a tax break, exempting the unions from having to pay $600 million dollars in fees they would otherwise have to pay under the law. This would leave the fund that is intended to prevent Obamacare from going into a death spiral even more lacking in money, especially given the failure of young healthy people to sign up.

Other groups, insurance companies and self-insured employers that hire outside claims administrators would still have to pay the fee, which begins at $63 per insurance plan per member next year and is projected to raise $25 billion over three years.

Only the unions would really benefit from this change.

Wilson was a guest on Fox News Channel’s The Kelly Files. A video of host Megyn Kelly’s interview with him follows.

Previous Post
We get it, White House: Insurance companies are no Mother Teresas
Next Post
MO man placed ad on Craigslist seeking someone to beat, rape his daughter