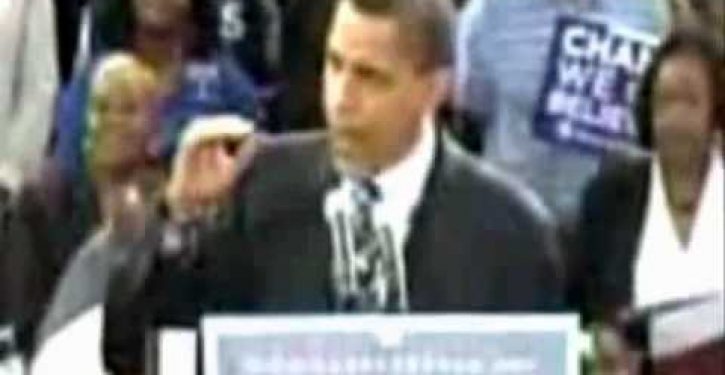 The lede paragraph in a blockbuster story reads as though it were the latest plot against the Obama administration by the liars and racists at Fox News. But read the byline, and you discover the alarm is being sounded by former friend of the White House NBC News:

President Obama repeatedly assured Americans that after the Affordable Care Act became law, people who liked their health insurance would be able to keep it.

But millions of Americans are getting or are about to get cancellation letters for their health insurance under Obamacare, say experts, and the Obama administration has known that for at least three years.

Authors Lisa Myers and Hannah Rappleye report that an Obamacare regulation written in July 2010 affirms that 40% to 67% of customers will not be able to keep their health insurance policy. “That means,” the pair acknowledges, that “the administration knew that more than 40 to 67 percent of those in the individual market would not be able to keep their plans, even if they liked them.”

What do you know about that? The man who accused the Republican-led House of holding the American public hostage when it demanded that the rollout of the Affordable Care Act be postponed was himself playing the crassest of political games and toying with American lives. So intent was he in seeing his signature legislative achievement go forward unimpeded, ready or not, that he was willing to sacrifice the estimated 7 to 10.5 million Americans whose policies will be canceled because they fail to cover health services the White House in its infinite wisdom decided that everyone needs.

Defenders of Obamacare, which include former top Obama aide David Axelrod, have tried to gloss over this scandal by observing that there are 300 million people in the U.S. and that the vast majority of them will be covered. Even if this were true — and ultimately every policy will “change” under the Affordable Care Act —the sentiment seems to be that the 3.5% left behind are “acceptable casualties”? How very utilitarian of a government that is supposed to be “by the people, for the people.”

Not to worry says White House mouthpiece Jessica Santillo. Even though many in the individual market will lose their existing coverage, she admits, they will be offered better plans, and many will get tax subsidies that would offset any increased costs.

She should try telling that to people already affected. NBC has a few horror stories.

George Schwab, 62, of North Carolina, was paying $228 a month for a plan through Blue Cross Blue Shield that covered him and his wife. That was until September, when he received a letter informing his policy was no longer available. The “comparable” plan the insurance company offered carried a $1,208 monthly premium and a $5,500 deductible. So what “better plan” is waiting for him via Obamacare? The best option he’s found on the exchange so far does manage to beat the offer from Blue Cross Blue Shield but still represents a 415% jump in premium, to $948 a month.

There’s also the time factor for people who are perfectly content with their insurance and now discover that government fiat dictates that they will have to shop for a new policy. Heather Goldwater, 38, of South Carolina, told NBC, “I’m completely overwhelmed with a six-month-old and a business. The last thing I can do is spend hours poring over a website that isn’t working, trying to wrap my head around this entire health care overhaul.” And she’s a supporter of Obamacare.

The article concludes with a personal anecdote shared by Robert Laszewski, a health care policy consultant, who warned months ago that consumers will face sticker shock.

[Laszewski] recently got his own notice that he and his wife cannot keep their current policy, which he described as one of the best, so-called ‘Cadillac’ plans offered for 2013. Now, he said, the best comparable plan he found for 2014 has a smaller doctor network, larger out-of-pocket costs, and a 66 percent premium increase.

‘Mr. President, I like the coverage I have,’ Laszweski said. ‘It is the best health insurance policy you can buy.’

On a parting note, for those curious about how many times Obama promised that his health care law would reduce premiums by $2,500, here courtesy of LU colleague Joe Newby is a video with the answer.