One of the most remarkable things about Obamacare has been the theme, lurking with a blithe, disarming shrug, that we have to wait to see “what’s in it” and how it all “plays out.”

It’s not just Nancy Pelosi who talks about it that way.  Basically, it’s everybody who ventures to discuss it analytically.  Each pundit ends up making the point that we’ll just have to see what happens and how it all plays out.

It’s as if Obamacare is not a law, written by men and fully manipulable by them, but a meteor headed for the earth.  We can try to analyze it from a distance, based on partial knowledge, a sort of sick, marveling wonder, and a set of tentative assumptions.  But in the SMOD analogy, it’s still a force of nature: an exotic, unharnessed phenomenon, frustrating us with mystical indifference to our plight in a universe of pulsars and rune stones.

In reality, of course, Obamacare is an artifact of man and his politics: a lengthy exercise in English prose, set down with intent by human beings, enacted by the “Yes” votes of 277 Democrats and two independents in the United States Congress in A.D. 2010, and signed by U.S. President Barack Obama.  Its intent can be known in advance, along with its trajectory.  It can be modified.  It can be controlled, handled, rewritten, averted, done away with.  We don’t need to launch Bruce Willis into space with a giant drill to see if we can’t put a nuke-down on it.  The reason is a really simple one, even kind of embarrassingly so:  that’s not how law works.

A sweet meteor of death is one of several things that law, very importantly, is not.  Another thing law is not is a magic wand.  You can’t just wave the wand of law and change the human condition (or the physical condition of earth or the solar system, for that matter).  You can’t produce good judgment or goodwill by making laws mandating them, any more than you can make carbon dioxide content decline in the atmosphere, or guarantee driving safety in every situation that will ever happen on this earth, by that method.

Law has three basic modes: punishment, deterrence, and enforced transfer.  Law is very much like a binary system, as irreducible as a 1 and a 0.  It works effectively, and is respected and enforceable, when its blunt, simplistic limitations and inherent nature are respected.  There are things law can’t do.  It can punish people for doing or not doing things.  It can take money from some people to pay others to do things.  It cannot create value; it can only respect value.  And it cannot transform people into beings who “want to” do things.

Other things in life – volunteering, exceptionally rewarding professional callings or religious beliefs – can have similar effects on what people want.  But law can’t.

Nor is it properly meant to.  Law has an essential place in human life: it sets boundaries, and hopes thereby to regularize human transactions.  It is inherently incapable of inspiring or enabling us to transcend our limitations, and certainly incapable of conferring insight or wisdom on our calculations about satisfaction or happiness.  That is not law’s function.

These examples are powerful because they demonstrate how law and government actually work.  We can be as certain as we’ve ever been that we’re right about a topic, and that something needs to be done, or a situation needs to be corrected, or behavior needs to be punished.  But law can only work through its inherent methods.  It can’t magically translate our “knowledge” or “certainty” into the outcomes we desire.

We all agree murder is terrible and shouldn’t happen to anyone.  Our law respects that as an expression of the value we place on human life.  There is no doubt at all that Nicole Simpson and Ronald Goldman were murdered.  I have always been as convinced as anyone that O.J. was guilty.  But looking at the presentation of the state’s case through an objective lens, I can understand how the jury found reasonable doubt.  The law was followed, and what I was certain of wasn’t endorsed or vindicated.

I’ve been less certain about the Zimmerman case, including whether murder was done, as the law defines it.  Without denying George Zimmerman’s right to self-defense, I have wondered if it wasn’t possible for him to avoid the awful way the situation with Trayvon Martin turned out.

That said, the prosecutor didn’t bring a convincing case for murder two, and the jury followed the law in acquitting Zimmerman on that charge.  There are an awful lot of people who are firmly convinced one way or the other about the Zimmerman case.  The law, as followed, vindicated one view and not another.

This is how law works.  It doesn’t – it cannot – exert positive control over human life, translating our visions for “how things ought to be” into specific outcomes.  Law cannot “make O.J. (or someone) not kill Nicole” any more than it can “make George Zimmerman exercise judgment differently in his encounter with Trayvon.”  There is no such vehicle in the universe: nothing that can have this effect.

Trying to use law for purposes it’s not suited to always produces evil consequences.  History is an infallible guide on this matter.  The misuse of law, in the attempt to exert positive control over outcomes, or find someone to punish for the sake of punishment, or make “facts” and “conclusions” fit preferred narratives, gets the state into the business of bullying and brutalizing the people.

The only way to keep law in its proper place is to develop the good habits of liberty, one of which is understanding law’s function and limitations.

Law isn’t a sweet meteor of death; it can and should be controlled and held accountable.  It performs respectably within its proper limits; outside of them, it needs to be corralled and sent back to obedience school.  It has no occult powers to transform life, lift us up, align us with a cosmic ideal, or “call things that be not as though they are.”  Law is neither the hand of God nor a tentacle of cosmic order.  It is just a set of manmade provisions – typically decided on by a laughably microscopic minority of whichever humans happen to be walking around on the planet at the moment.

A people with the good habits of liberty would know in advance that Obamacare is not SMOD; it’s a law with a bunch of 1 or 0 elements to it, each of which will have a concrete and predictable effect on the citizens’ lives, and some of which are more practically enforceable than others.  Such a people would know that law cannot make anything “affordable,” because that’s an outcome, and law can’t control outcomes.  “Everyone having insurance” is also an outcome – and one only artificially and inconsistently connected with getting “health care.”  The limitations of law apply.

The people with the habits of liberty is rightfully eligible to be the author and judge of its laws.  For such a people, law is neither a magic potion nor the culminating cataclysm of a fairy tale.  It is simply a useful tool, like a circular saw: something to be treated responsibly, maintained conscientiously, used only for what it’s suited for, and kept tidily where it belongs, unplugged when it is not in use. 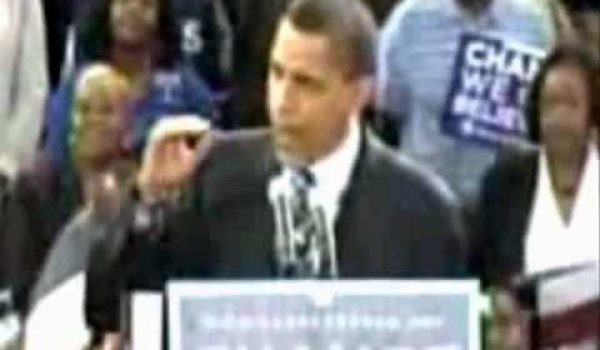