The Department of Housing and Urban Development has come down hard on the state of Arizona regarding its housing for the deaf. But HUD is not criticizing the state for its lack of available housing. Its beef is that there’s too much.

Fox News reports (h/t Moonbattery) that the agency has issued a federal order demanding that Apache ASL Trails — a 75-unit apartment complex in Tempe built specifically for the deaf — eliminate dwellings for deaf seniors. The basis for the order? HUD claims Apache Trails violates the civil rights of the non-deaf by giving deaf people preferential treatment.

A preference or priority based on a particular diagnosis or disability and excluding others with different disabilities is explicitly prohibited by HUD’s Section 504 regulations. There is no legal authority contained in any of Apache Trails funding to permit such a priority or preference.

The grievance makes even less sense when you consider that Apache Trails was built expressly as housing for the hearing-impaired after a 2005 federal study found that the U.S. had virtually no affordable housing for people with this disability. Currently 90% of the units at the development are occupied by deaf and deaf-blind seniors.

But the government wants most of them out. The agency is threatening to pull all federal housing aid to Arizona unless it limits the number of deaf residents to 18. HUD is not looking to forcibly remove current seniors (as was the case next door in Nevada during the shutdown). Instead, the government wants to “retire their apartment numbers” after the occupants leave so that the units can be reserved for future hearing-unimpaired residents.

Mary Vargas, an attorney for the residents, is quoted as saying, “It’s impossible to walk into this building and not see that real people were hurt and continue to be hurt.” The National Association for the Deaf is also siding with the state, which is defying HUD’s order, calling the government actions “atrocious” and “a tragic irony.”

So far the fight has cost state taxpayers and the apartment’s developer $500,000 in attorneys’ fees and court costs. But HUD shows no signs of weakening.

I think it’s about the most ridiculous thing I’ve heard in a while. There are a lot of stories of out-of-control regulators, but this just seems to be going to the extreme.

All 74 units at Apache ASL Trails accommodate wheelchairs. Blinking lights signal when the doorbell rings and when utilities like the garbage disposal and air conditioning are running. A video phone lets residents “talk” with friends.

“It’s nice to have a life that’s equivalent to other people that are not deaf,” said resident Linda Russell, who added:

This building is designed for deaf people, by deaf people, and we know what is best for our needs. And people that don’t understand our needs should not be putting themselves in decision-making positions for us. 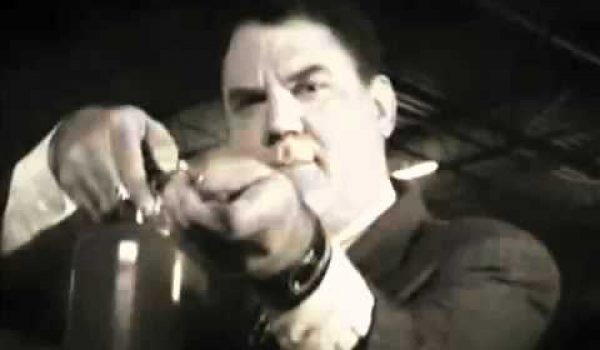