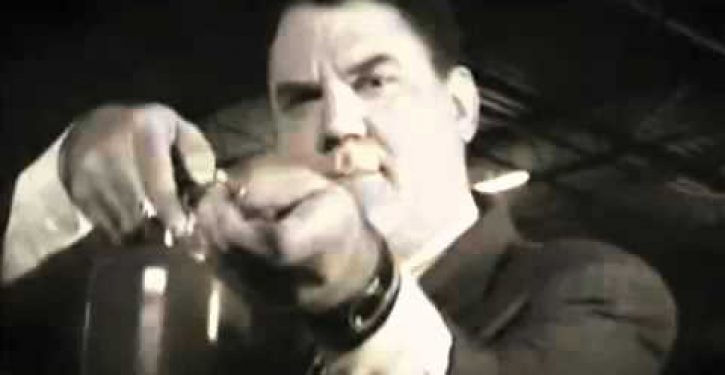 On Monday, Rep. Alan Grayson, D-Fla., issued a fundraising email comparing the Tea Party to the KKK, an organization founded by Democrats after the Civil War to keep southern blacks in line. The email showed a picture of a burning cross used as a “t” to spell “Tea Party.” Grayson defended the email, the Daily Caller said, by claiming the Tea Party is racist for disagreeing with Barack Obama.

“Regarding the image that the campaign circulated, members of the Tea Party have engaged in relentless racist attacks against our African-American President,” he said in a lengthy statement.

“Tea Party candidates, including my opponent in the last election, have endorsed forcing Hispanics to speak English,” he added. “One could go on and on, because there is overwhelming evidence that the Tea Party is the home of bigotry and discrimination in America today, just as the KKK was for an earlier generation. If the shoe fits, wear it,” he added.

Appearing on MSNBC, the cable outlet dubbed the official network of insane liberal hate, Grayson told Al Sharpton that “ordinary Americans” stand with Obama and claimed the Tea Party is “no more popular than the Klan.”

“As a black Tea Party activist, I could say that there’s nothing more offensive than equating the Tea Party with the Ku Klux Klan,” she. “The hate speech uttered by sitting congressman Alan Grayson is deplorable, even by the low levels reached in recent years when Democrats routinely call us racists and suicide bombers.”

But Grayson’s hate speech — like that used by liberal Democrats and their allies in the so-called “mainstream media” — is specifically designed to foment hate and violence against conservatives and the Tea Party.

As a result of the overheated rhetoric, Sen. Ted Cruz, R-Texas, was targeted with an online death threat prompting an investigation by the FBI.

The tea party movement arose in response to economic issues in 2009 and, unlike the KKK, is led by a number of black leaders. The tea party has engaged in no acts of anti-black terrorism and, also unlike the KKK, was not primarily associated with the Democratic Party at its founding.

Grayson is well known for his outlandish rhetoric.

In January 2013, for example, Grayson claimed House Republicans were engaged in “legislative terrorism.”

After putting out a false ad calling his opponent “Taliban Dan” in the 2010 midterm election, Grayson got a dose of his own medicine with a parody ad that said he hates children and seniors, but loves Satan.

Previous Post
Feds accuse AZ deaf housing complex of discrimination, but it’s not what you think
Next Post
No double dipping for furloughed federal workers in Virginia