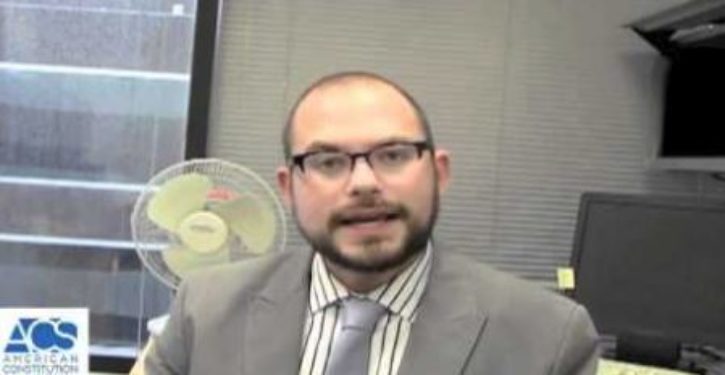 Matthew Yglesias, who has written for a skew of left-wing publications and is currently an editor and writer for Vox, has 413,000 followers on his Twitter account. That’s a remarkably high number for an account that boasts only 65 tweets. Either Yglesias writes some of the most compelling tweets ever posted, or something is rotten in the state of Denmark. According to Mike Brest of The Daily Caller it’s the latter. “Yglesias,” he explains, “deleted all of his tweets Thursday night after facing criticism for defending the attacks against Fox News host Tucker Carlson’s wife.”

The reference, for those who missed the story, was to an Antifa mob that descended on the home of Fox News Channel host Tucker Carlson Wednesday night. Carlson was working at the time of the attack in which physical damage was inflicted on his house, but his wife was inside, home alone. Terrified by the commotion, she barricaded herself in the pantry and phoned 911. Fortunately none of the Carlsons’ four children was home at the time.

Putting aside the extremely troubling views expressed in Yglesias’s tweets, the incident points up one of the more vexing problems with social media — and that is the drive-by-shooting capabilities of the platform. That is, they permit users to condone violence or worse against people they don’t like, then, with the click of a mouse, delete the message. In Yglesias’s case, he carried this feature to the extreme, only — one presumes — to sharpen his fangs for the next round of attacks.

Yes, vestiges of deleted posts can often be found, usually preserved in screen grabs of them, but they are effectively expunged from the platform, and the messenger can always claim that the damning post was doctored or outright manufactured using a graphics editor.

In this Twitter, Facebook, et al., are a bit like newspaper “corrections.” A journalist in this era of fake news is free to publish a bald-faced lie, then follow up the next day with a correction. By that point, the damage is done. The lie or misstatement has been repeated countless times on the internet and has become “fact.”

Significantly, most of these cheap shots are orchestrated by “journalists” on the Left, like Matthew Yglesias.