That ruling involved a county-managed park, not a privately managed park, but as a Washington Post story notes, “it might inspire similar legal actions” to reopen other non-federal facilities closed by the federal government.

Below is an excerpt from the Post’s October 10 story about Judge Liam O’Grady’s ruling granting a temporary restraining order against the National Park Service:

Fed up that the federal shutdown was keeping them off their practice fields, a group of young lacrosse players in Northern Virginia challenged the government in court. And at least for now, they won. A federal judge on Wednesday ordered the National Park Service to immediately reopen Langley Fork Park in McLean — which was closed Oct. 1 — and allow the boys and girls of the McLean Youth Lacrosse organization organization back onto the fields. . .A spokeswoman for the Fairfax County Park Authority, which manages the park, said officials removed the temporary barriers at the park Thursday morning after receiving the Park Service’s permission. . .McLean Youth Lacrosse’s lawsuit does not affect other closed national parks and monuments across the country. Still, it might be somewhat embarrassing to federal officials, who have been accused of closing facilities unnecessarily to exaggerate the shutdown’s impact. And it might inspire similar legal actions.

McLean Youth Lacrosse’s executive director said “he began to consider legal action in part because he could not understand why the federal government had closed a park it did not run.” The judge’s order was issued in the case of McLean Youth Athletics v. U.S. Department of Interior National Park Service, Case No. 13-01257.

The Obama administration’s decisions to shut down private businesses and state and county parks in the government shutdown are not only legally dubious, but also inconsistent and a departure from past agency practice (and thus arbitrary and capricious in violation of the Administrative Procedure Act), and in some cases, simply illogical.

There is no legal requirement for the government to force the closure of parks simply because they operate on federal land. Indeed, such privately managed parks were left open in past government shutdowns. Even if the government had the authority to close them, the fact that the government has closed some private businesses while allowing others to continue operating (ones that are operated by larger, more politically influential businesses), and kept some closed while reopening surrounding government operations (or even reopening the property on which they operate to the public, while barring the business from it, and thus leaving the premises unsupervised and insecure), could not be justified by the Anti-Deficiency Act or reconciled with the Administrative Procedure Act’s requirement that agencies act in an internally consistent, non-arbitrary way.

As Warren Meyer of Recreation Resource Management, Inc., notes, the closures of private businesses in many cases do not save the government a dime (but rather cost taxpayers money, including incurring more federal staff time), are at odds with past agency practice, and are based on internally inconsistent rationales. That suggests a violation of the Administrative Procedure Act (APA) and a lack of any justification under the Anti-Deficiency Act.

At Coyote Blog, Meyer describes government agencies like the U.S. Forest Service shutting down private businesses in the government shutdown that don’t need to be shut down, such as:

(1) closing private park campgrounds even while reopening the very national park they are located in — how can a government shutdown justify keeping closed a private business when the government itself isn’t shutting down the relevant activity? (in the week after the federal government “shutdown” went into effect, 57% of federal civilian employees were still working);

(2) the government closing down privately-operated parks that require no federally-funded oversight or security because the private park operator provides the security and maintenance; and

Meyer says that while the “private campground concessionaires” were shut down, the “powerful ski associations” were not. What he describes is a classic example of arbitrary and capricious agency action forbidden by the APA. Even putting aside the inconsistent and discriminatory treatment of park-operators and lessees, the federal government appears to have violated the APA.

The Obama administration has violated the APA by arbitrarily and capriciously closing down businesses that were left open in prior shutdowns, even though agencies are supposed to explain their departure from past practices and interpretations of federal statutes or regulations. See Motor Vehicle Mfr. Ass’n of United States v. State Farm Mut. Auto. Ins. Co., 463 U.S. 29, 43(1983) (in which the Supreme Court required that such departures be explained).

The federal government needed not only to explain why it was departing from its past practice (which the relevant agencies apparently have not done), but also – at least under D.C. Circuit law – may have needed to provide notice and comment first. As the D.C. Circuit Court of Appeals put it, “Once an agency gives its regulation an interpretation, it can only change that interpretation as it would formally modify the regulation itself: through the process of notice and comment rulemaking.” See Paralyzed Veterans of Am. v. D.C. Arena, 117 F.3d 579, 586 (D.C. Cir. 1997)); see also Transp. Workers Union of Am. v. TSA, 492 F.3d 471, 475 (D.C. Cir. 2007) (“[A]n agency cannot significantly change its position, cannot flip-flop, even between two interpretive rules, without prior notice and comment.”).

Now, a federal agency has more leeway to change its position without notice and comment (even in the D.C. Circuit) when its position is (1) only found in an interpretive rule, not a formal binding regulation in the Code of Federal Regulations, and (2) there has not been any reliance by members of the public on an agency’s prior interpretation. But there has likely been reliance here by property owners like Warren Meyer of Recreation Resource Management, who had previously been led to believe they could operate even during a federal government shutdown, and probably booked clients and customers who they then had to cancel on.

Even putting aside such reliance (and any D.C. Circuit rulings), the agency still should have explained its departure from past practice and interpretation, based on the Supreme Court’s State Farm decision, with which it apparently did not comply, making its actions illegally arbitrary and capricious. 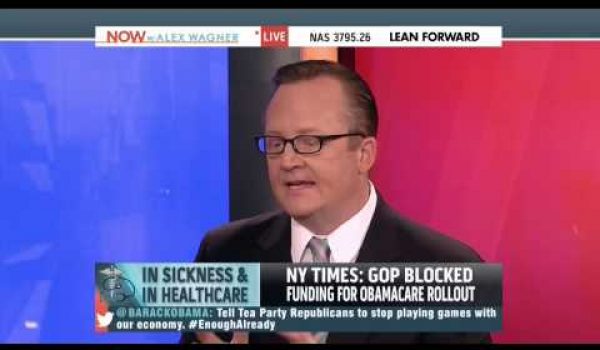