In 1492, Columbus sailed the ocean blue and, modern-day liberal Democrat protestations to the contrary, the world is better off as a consequence. Barack Hussein Obama’s election and re-election voyages to the White House, not so much.

After nearly five years of Obamanomics, the verdict is in. Less Americans are working today than were employed when President Barack Obama was first inaugurated. The roll-out of his eponymous Obamacare since his second Inaugural has only hastened the conversion of the Fruited American Plain that Columbus spawned, from full-time exceptionalism to a land of part-timers and “disabled” drop-outs.

Meanwhile, the worst economic steward to occupy 1600 Pennsylvania Avenue (since his Democrat predecessor from Plains, Georgia lived there) continues his impression of Nero. But as the American economy and healthcare Liberty burns, all We the People hear are non-violin renditions of anti-Washington Redskins ballads at the Spite House, in between the erecting of Barrycades around reminders of an America considered in dire need of being “fundamentally transformed” by The One we had supposedly been waiting for.

Hence, every decade or so liberal Democrats resurrect faux outrage over the nickname of the District of Columbia’s National Football League team, which always seem to coincide with, and serve as a distraction from, obvious Democratic Party failures such as long gas lines; Hillarycare and other un-affordable healthcare acts; and spiteful government shutdown threats against payments due the military, old folks and the disabled.

How many times must the obvious be dragged out to refute the notion that human beings name their beloved for those they disdain? Or is it that liberals find the hue of native American skin to be offensive? You laugh?

A few years ago the liberal Democrats that run MSNBC ran stories concerning allegedly offensive drawings of African-Americans in an art exhibit. They were deemed to be insulting caricatures by Democrat Media “reporters.” Turns out that the charcoal drawings were accurate renditions of living Black folks! What can one conclude, especially when one considers the paucity of non-White employees at ABC, NBC and the New York Times, but that liberal White Democrats find large lips and noses and any non-pale faces to be persona non grata?

Columbus discovered the existence of peoples who had been left in Western Civilization’s technologically-advanced wake. Redskins of many tribes fought proudly to try and defeat the pale faces. They lost. Moreover, given their lack of resistance to germs unknown to their world, many died from disease. Before the arrival of white and black, native tribes fought and enslaved each other just as had Africans, Asians and Europeans. Human nature is color blind.

The descendants of Christopher Columbus, Abraham Lincoln, Frederick Douglass and Dan Snyder’s dad admired the character, courage and dignity of those with red skin that their ancestors met. Thus was born the repository of pigskin-excellence ala Sammy Baugh, Sonny Jurgenson, Larry Brown, Doug Williams, John Riggins and RGIII et al.

The Obama Administration’s park, tax and regulatory police keep (or tries to keep) vets out of the WWII Memorial and Americans out of well-paying full-time jobs. Now his and the Democrats’ PC Police wants to distract the attention of the kinds of voters that re-elected the Epic BHO-Fail, by insisting that Chief Wahoo go the way of Wes Unseld’s NBA Bullets.

Here’s hoping that more and more Americans muster the courage of Columbus when crossing the ocean blue and WWII vets when returning Barrycades to the White House, when next they sail to ballot boxes with another chance to vanquish the liberal Democrat authors of our misery when the government is not shut down. 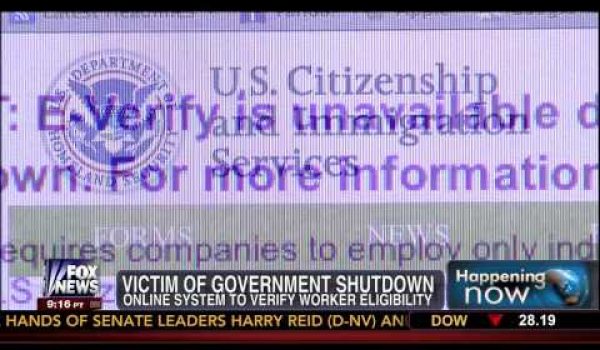