“Kill them (American troops) and cut them to pieces…”

New York’s Finest have broken up a plot involving two Gotham locals conspiring to pump money and equipment to the Taliban, one of them hating America so much he wanted the enemy to “kill and cut [U.S. troops] to pieces,” as reported by NBC News on Oct. 10, 2013.

Wanting to raise money for and provide military equipment to the Taliban, the District Attorney’s Office of Queens County has officially charged Pakistani national Humayoun Ghoulam Nabi, 27, and Ismail al-Sarabbi, 32, of Brooklyn with two counts of providing material support to terrorists and one count of conspiracy.

Reportedly, Nabi was so incensed with the killing of al-Qaeda’s ex-head honcho Usama bin Laden, he fumed to a confidential informant that he wanted to see the Taliban “kill them (American troops) and cut them to pieces.”

Never intimating a desire to do any fighting himself, Nabi admitted to a deep hatred of “Jews, the U.S. and U.S. [Servicemen]” and because he “hated the United States and … wanted to take a stand” by building a “small army.”

In a moment of apparent KFC-fueled bravado, Nabi raged to the informant:

We are sitting here in peace eating chicken … and our brothers, they are dying, buddy.

According to the criminal complaint, Nabi conspired with al-Sarabbi to funnel money and equipment to the Taliban via Pakistan, where police claim Nabi bragged his father had “zillions of trucks” moving cargo in and out of Kabul on a regular basis.

Finkelman claims the NYPD has illegally manufactured a case against his client, emphatically stating “nothing would have happened” had not the Boys in Blue been dead set on making a case against him. Said Finkelman:

For 18 months, for two years, the NYPD was trying to convince a guy with a wife and a child to send shoes and coats to Afghanistan. It’s totally entrapment. 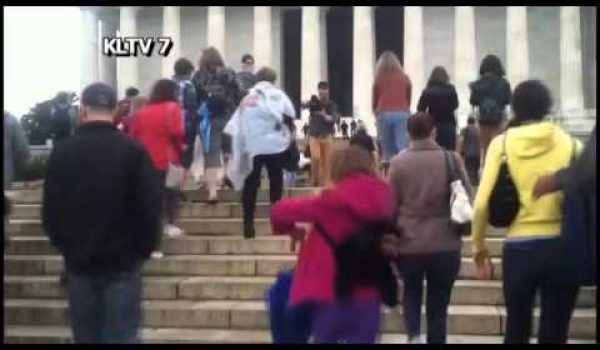