Do the Constitution’s separation of powers and concomitant duty to compromise apply to all presidents save for President Obama?

Few things enrage this rooster more than to have our intelligence insulted by vacuous excuses for cowardice from those who know better, yet expect political allies to share their glazed-over looks and accept them as reasoned arguments. So it goes on Sunday political shows and The Panel Fox News’s “Special Report,” where usually reliable conservatives dismiss, out of hand, the notion that Republicans holding Article I’s power-of-the-purse could force the holder of mere Article II veto-power to compromise on Obamacare to prevent a government shutdown.

The best we can get out of Charles Krauthammer & Co. are combinations of the following:

The above are usually summed up with the even more logically persuasive, Republicans “just can’t” win. These were the arguments that prevented Republican Reagan from slashing income tax rates and rebuilding national defense given a Democrat Congress; and the Gingrich GOP House of Representatives from enacting welfare-work requirements and balancing four budgets despite a Hillarycare-Democrat in the White House, right? Not.

I just can’t buy it ’cause Can’t never could do nothin’, especially when Democrats can’t govern holding only the executive branch and one-half of the legislature, unless the GOP let’s Obama off the separation of powers-hook that all previous Presidents have been forced to abide. And in what sense, other than the sound of pundits’ lips flapping, did Newt Gingrich “lose” to an impeached President Clinton who faced a Republican congress every year of his presidency after the government shutdowns?

There is no risk-free path for Republicans to de-fund or repeal Obamacare; hold the House; and/or win back the Senate and the White House.

No, Harry Reid’s Senate will not allow a vote on the House bill funding all of Big Government sans Obamacare and even if he did, we doubt that grassroots pressure before a shutdown would yet force enough Democrats to pass it. And even if it passed, President Obama would surely veto it. Any serious effort to de-fund Obamacare was always, and remains, destined to devolve into a game of government-shutdown chicken. But contrary to the Einstein-like ” GOP just can’t win” excuse, Republicans are not destined to always play the role of the chicken.

Yes, the media is still a solely-owned subsidiary of the Democratic Party, as it has been since Republican Nixon somehow defeated Democrats Humphrey, Wallace and McGovern; Reagan stomped Carter and Mondale; Bush41 slaughtered Dukakis; Republicans ended forty consecutive years of Democrat control of the House; and Bush43 topped Gore and Kerry. Thank God those Republican victors weren’t intimidated by the “just-can’t” GOP geniuses aka Rockefellers of their day.

After all, as NRO’s Andrew McCarthy succinctly points out:

[T]he current defunding effort is a put-your-money-where-your-mouth-is moment: Risk a government shutdown over Obamacare funding under circumstances where Republicans could be blamed, but where (a) Obamacare is very unpopular and its downside consequences are just beginning to kick in; (b) the defunding strategy includes a commitment to fund the rest of government so it can be demonstrated that Obama would really be the one shutting down the government over Obamacare; and (c) Obama himself has already unilaterally and unconstitutionally defunded aspects of Obamacare, including repugnant accommodations for big corporations, Obama insiders, and members of Congress — such that, if the government shuts down, Republicans can compellingly argue that they are only insisting that the American people get the same relief from this awful law that Obama cronies, the ruling class, and the politically-connected get.

It may not work. Even if it doesn’t, though, it could have long-term benefits as Democrats up for election in 2014 and 2016 — Democrats who have gotten Obamacare fixes for themselves — are forced to defend Obamacare in the light of day. And for conservatives, it is a chance to see which Republicans are for real and which ones talk a good game as long as it’s just a game.

The current battle in the Senate is a necessary constitutional exercise, but any effort to de-fund Obamacare must always come down to whether Speaker Boehner and the House will have the courage to face-down our reckless, man-on-a-ledge Chief Executive who will be happy to allow a shutdown to go on for weeks, if not months or even until he is scheduled to leave office on January 20, 2017. But even Nero was eventually persuaded to put down the violin and the Roman senate wasn’t blamed for the burning.

Mr. Speaker, was this CR defunding Obamacare just a one-step-further-than-usual attempt to fool the tea partiers, that made your elevation to third in the line of succession possible, before your inevitable cave-in at Obama’s hands lest Andrea Mitchell keep you from getting invites to her and Mr. Greenspan’s next D.C. cocktail party love-in?

Why aren’t you, at this moment, passing a Defense Department-only appropriations bill out of the House to send to the U.S. Senate after they reject the continuing resolution? We JUST CAN win arguments if we lay the groundwork for them and make them. Or do you prefer to wait till the last hour before a shutdown and surrender, claiming you have tried, when in fact your effort was only half-hearted?

You JUST CAN prove me wrong if you are willing to take a thimble-full of the risk millions of Americans have taken every day of this five-years-long-and-counting Obama-jobs-depression with increasing deleterious effects from Obamacare on the jobs, insurance premium, and doctor-shortage fronts.

If one man with courage can make a majority, surely 217+ in the House can. 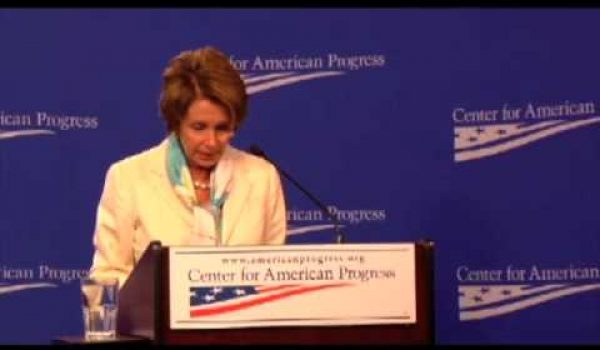