Coalition of the Unwilling grows…

As previously covered by Examiner.com, the speculated destination of a powerful Chinese one-ship amphibious assault force has been verified as not only entering the Mediterranean Sea but as joining the ever-growing Russian naval task force already on station of the coast of Syria, as reported by The Investor’s Business Daily on Sept. 9, 2013.

With its last reported position as the Gulf of Aden deployed on an anti-piracy mission, the largest vessel in the Chinese fleet the CNS (Chinese Navy Ship) Jing Jangshan is capable of embarking 1,000 Marines along with their necessary equipment consisting of helicopters, armored fighting vehicles, boats and landing craft. The Chinese amphibious assault ship was initially slated to “observe” elements of the U.S. 6th Fleet’s flotilla poised to strike the Assad regime, as well as the warships of the Russian Navy’s Mediterranean Squadron.

With the introduction of the CNS Jing Jangshan into the equation, the number of combined Russian/Chinese “ambibs” totals out at four.

Besides the estimated 3,000 Russian Marines already in the area of operation, Russian sailors pressed into service as a Naval Infantry Landing Force added to the Chinese Marines conceivably could equal two combat regiments.

Coincidentally, on the same day it was reported by USA Today that a number of additional nations have signed a statement supporting Barack Obama in what the signators state is their collective call for a “strong international response” regarding the use of chemical weapons in Syria.

Every one of the signator nations have declined to contribute forces to Obama’s call for military force against the Assad regime.

As of press time, the signator nations consist of: 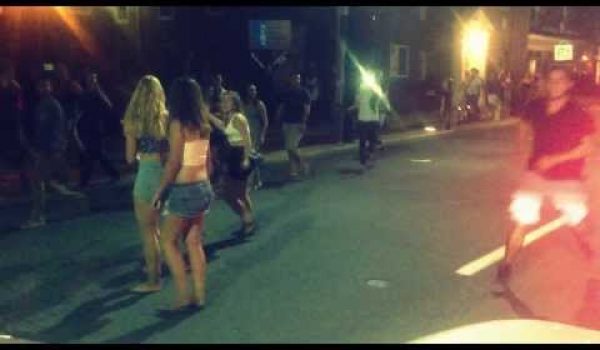