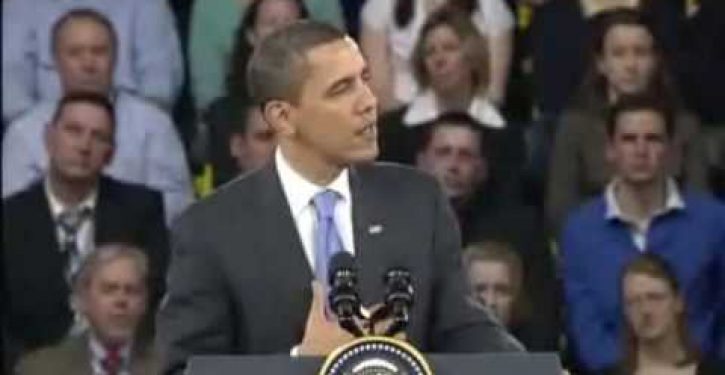 First, to set the record straight, Barack Obama never bowed to assorted heads of state, including the mayor of Tampa. He also never apologized for America while standing on foreign soil. His insistence in France in April 2009 that “there have been times where America has shown arrogance and been dismissive, even derisive” was an effort at “rebuilding some frayed alliances abroad.”

The measure of his success in that endeavor can be gauged now in the massive coalition of European nations that have joined him in his mission to punish Syrian leader Bashar al-Assad. Let’s see, there’s Albania … and that’s pretty much it. One powerful U.S. ally, Russia, has agreed to take up arms in the event of a military strike — but on Syria’s side. Britain, our closest ally, doesn’t want any part of the president’s plan to spank Iran for gassing 1,400 of its citizens.

As you can imagine, the situation leaves the press in an unenviable spot. Those on the right are trying desperately to make sense out of the baffling and self-contradictory statements coming from the president and members of his administration. Those on the left are equally desperate to find some rationale for Obama’s erratic behavior while finding some scapegoat on whom to pin the blame for the mess the president has made.

The New York Times has taken a chapter of Obama’s own playbook, pinning responsibility on George W. Bush. Opinion writer Charles Blow opined yesterday that “this a particularly bad time to sell the American people a war,” noting that a mere 36% of Americans have a “great deal” or “quite a lot” of confidence in the presidency. Popular support for military action is no stronger:

According to an ABC News/Washington Post poll released this week, 6 in 10 Americans oppose launching missile strikes against the Syrian government even if the United States says it has determined that the Syrians used chemical weapons.

So who deserves the blame? Bush, of course. He had the wind at his back after 9/11, with a 90% approval rating. He squandered this good will by invading Iraq, and now Obama is being forced to pay for Bush’s sins.

Timothy Egan, another Times opinion writer, offers up more of the same. Bush’s legacy, he writes, is “paralysis, hypocrisy and uncertainty,” adding:

Time should not soften what President George W. Bush, and his apologists, did in an eight-year war costing the United States more than a trillion dollars, 4,400 American soldiers dead and the displacement of two million Iraqis. The years should not gauze over how the world was conned into an awful conflict. History should hold him accountable for the current muddy debate over what to do in the face of a state-sanctioned mass killer.

“Of course, President Obama has to lead,” Egan concedes. “It’s his superpower now, his armies to move, his stage. But the prior president gave every world leader, every member of Congress a reason to keep the dogs of war on a leash.”

The problem with that view is that it comports solely with the liberal narrative that Iraq was a lost cause when Bush left office. Long before the surge and the Anbar awakening — which many military analysts saw as the tipping point — Gen. John Abizaid, head of U.S. Central Command, expressed optimism. In September 2006, he told PBS’s Jim Lehrer that, despite reports of sectarian violence, the nation was moving toward stability.

Iraq would likely be a success story today were it not for the arbitrary end date assigned by Bush’s successor to the White House, along with his equally ill-advised decision to leave no residual peace-keeping force in country.

But apart from those facts, by Obama’s most recently stated calculus, Bush’s decision to attack Iraq was supported by the same “international norms” that the current president cites as justification for a strike on Syria. As Obama said in Stockholm on Wednesday, “the world set a red line” when it outlawed the use of chemical weapons, adding “these international norms are important.”

He also made reference in his remarks to “a treaty forbidding their use [meaning chemical weapons], even when countries are engaged in war.” Most analysts have assumed that the treaty he was referring to is the Geneva Protocol, enacted in 1925. That treaty was as much in force in 2003, when Bush invaded Iraq — whose leader, Saddam Hussein, had used mustard gas on the Kurds — as it is now, when Obama is seeking redress of Syria’s president for the same ethical breach.