During a question and answer session with the world’s media, Barack Obama openly admitted that the alleged chemical weapons program of Syrian President Bashar al Assad does not pose an imminent direct threat to the United States, as reported by The Guardian on Sept. 6, 2013.

When queried if he would still launch a military strike against the Syrian despot, in the event Congress voted against granting authority for military action, Obama clearly stated:

I think it would be a mistake for me to jump the gun and speculate… but I’ll repeat… I did not put this before Congress just as a political ploy, or as symbolism.

I put this before Congress because I could not honestly claim that… [chemical weapons] posed an imminent direct threat to the United States… I could not say that it was immediately, directly going to affect our allies.

As cited by the Lillian Goldman Law Library of Yale Law School states regarding the War Powers Act of 1973, the constitutional powers of the President as Commander-in-Chief to introduce United States Armed Forces into hostilities, or into situations where imminent involvement in hostilities is clearly indicated by the circumstances, are exercised only pursuant to:

(3) a national emergency created by attack upon the United States, its territories or possessions, or its armed forces.

Breaking through the legalese spoken in Washington, the War Powers Act requires the president to make his case before Congress if no imminent threat faces the United States or our vital national interests.

Only if and when a president is granted authority to deploy American troops into combat, that authority lasts a mere sixty days until another Congressional authorization is required, unless other mitigating circumstances present themselves.

It is widely understood in political circles that if any president knowingly, willingly and intelligently decides to disregard the War Powers Act, that could and would make a strong case for impeachment.

Previous Post
MSNBC’s Ed Schultz blames Bush, says conservatives who oppose war in Syria do so because they hate Obama
Next Post
NYT explains away Obama’s latest crisis of leadership by blaming — who else? — George W. Bush 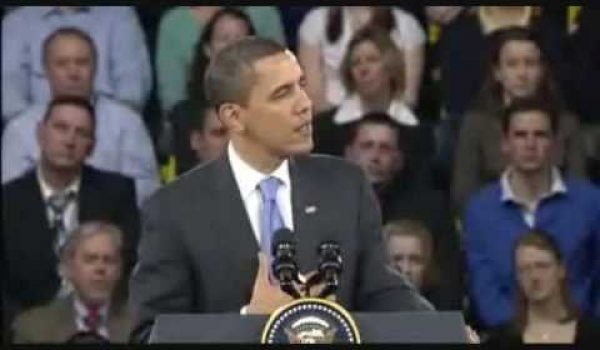