Today, the House Foreign Affairs Committee Hearing met to discuss whether America should intervene in Syria with military strikes. Despite the headlines, Congress cut their summer break short in order to be a part of the hearing, which was basically an extension of the Senate Foreign Relations Committee hearing from yesterday.

If anyone watched the hearings with an open mind on President Obama’s proposal to attack the embattled country in the Middle East, he or she is likely to have more questions than answers. The issues that were raised inevitably brought up even more questions, like the great one posed by Rep. Joe Wilson to Defense Secretary Chuck Hagel.

Wilson asked, “Where do the chemical weapons come from?”

‘[T]here is no secret that the Assad regime have had a significant stockpile of chemical weapons.’ He continued to say that the chemical weapons come from Russia and ‘other countries’ and additionally, ‘they make some themselves.’

So now, of course, now the question begs to be asked: If America is successful in destroying all of Bashar al-Assad’s chemical weapons, who is to say that he won’t get more? After all, the Obama Administration has made it abundantly clear that the goal is not “regime change,” so the same players will be in charge of Syria. Will they just make more chemical weapons? Will Russia and “other countries” just supply them with more chemical weapons?

Another possibility is that Assad will stop using chemical weapons (assuming that he is) and just double down with other weapons, like bombs. What would America do then? 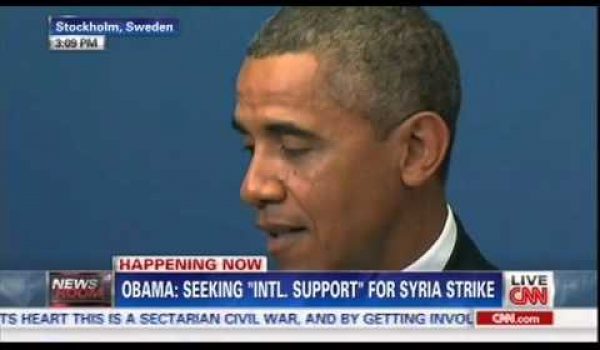