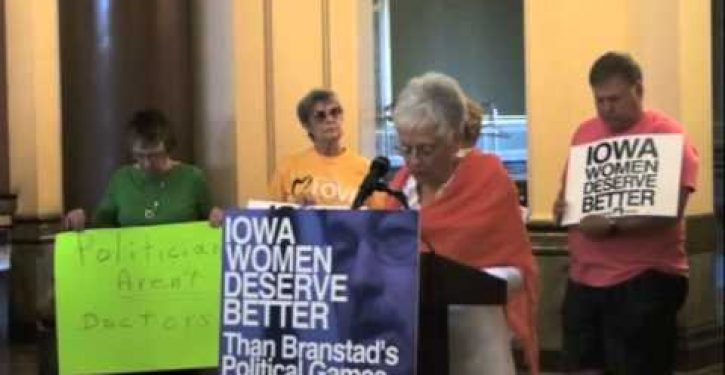 When they are not booing God at the Democratic National Convention or chanting “Hail Satan” at pro-life supporters, pro-abortion advocates pray. They don’t pray for the unborn children lost to abortion, however, or the many women who suffer from the effects of botched abortions.

Instead, these Democrats, including State Senator Jack Hatch and Rep. Tyler Olson, offer thanks to God for “abortion rights, abortion doctors and taxpayer funding for abortions.”

Midge Slater of the Iowa Alliance for Retired Americans offered an opening prayer during a rally at the State Capitol on Wednesday.

Slater took the podium and spent five and a half minutes thanking God for abortion rights, abortion doctors and taxpayer funding for abortions.

Hall opined that the prayer may have been in response to a “prayer vigil being conducted by pro-life activists at the same time nearby.” Below is a video clip of the prayer for those with the stomach to watch it:

Is this representative of the views of Democrats?