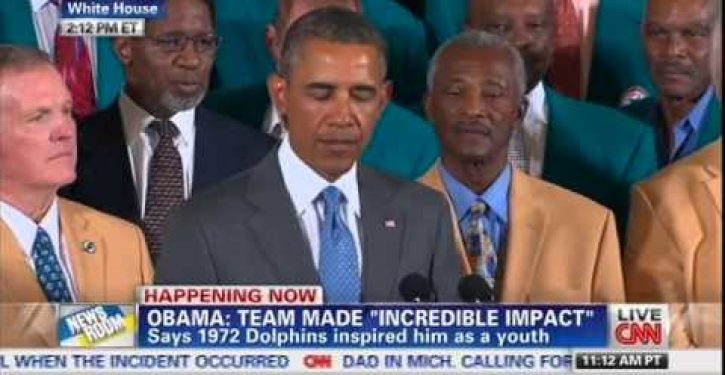 What’s wrong with these right-wing nutcases? Can’t they recognize “white privilege” when they see it?

Evidently not. Andrew Johnson writes at NRO’s The Corner that despite efforts on the part of the chancellor himself, a committee at the University of Denver has said the school’s athletic teams will remain “mascot-less” rather than stomp on the tradition of a long-standing icon.

The mascot for [the University of Denver’s] sports teams, the Pioneers, used to be ‘Denver Boone,’ a … frontiersman figure, until he was retired in 1998 for not properly representing the student body because of his race and gender. [Emphasis added]

In a statement earlier this year, Chancellor Robert Coombe said:

Boone was a polarizing figure that did not reflect the growing diversity of the DU community, but rather was an image that many women, persons of color, international students and faculty members found difficult to relate to as defining the pioneering spirit.

A 76-member steering committee made up of students, faculty, and alumni set about to find a replacement for Boone. Below are three of the options evaluated, consisting (from left to right) of an elk, a jackalope and a mountaineer.

To this observer, the muscular elk and jackalope look pretty silly, and it’s hard to imagine that the mountaineer — who appears white and male — would be seen by Boone’s detractors as an improvement. Boone himself, for that matter, doesn’t appear all that threatening, but male white privilege is obviously in the eye of the beholder.

Nevertheless, the committee put it up to a referendum. They conducted several surveys and forums only to discover that Boone, a write-in choice, remained a hands-down favorite.

But there’s no turning back, the chancellor says. For the time being, DU has no official mascot. (The university had experimented with a hawk named Ruckus, but discontinued using it in 2007.)

Meantime, Johnson notes in a separate post that even the most radical adherents to the precepts of political correctness are capable of slipping up:

While hosting the undefeated 1972 Miami Dolphins at the White House this afternoon, President Obama referred to the team’s Super Bowl XVII opponents by their, as Slate puts it, ‘extremely tacky and dated’ name.