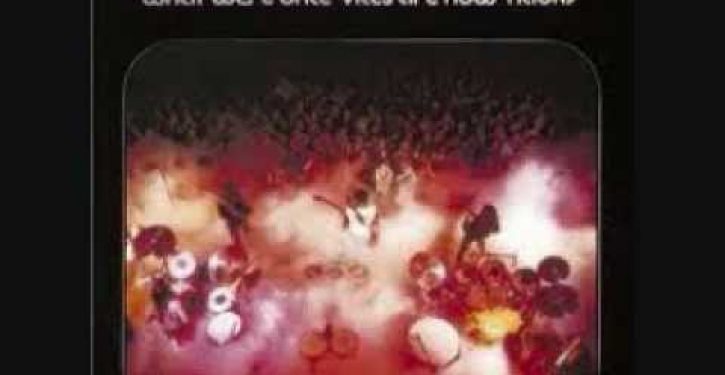 The New (Jewish?) Face of Terrorism…

As reported by The Washington Times on Aug.15, 2013, an organization that’s bestowed upon themselves the nom de politique of the American Muslim Political Action Committee (AMPAC) has planned a “Million Muslim March” on Washington, D.C., this upcoming September 11, which also happens to be the 12th anniversary of the 9/11 terrorist attacks on the United States.

While the AMPAC keeps the number of members confidential, in today’s internet-connected world, a new e-tradition has arisen to gauge how popular (or unpopular) a planned event may turn out to be: checking how many Facebook “likes” the gathering has garnered.

Utilizing that particular internet indicator, the AMPAC has so far attracted a throng numbering in the dozens. Forty nine to be exact.

To make matters worse, the organizers have decided to change the name from “Million Muslim March” to the more kuffar-friendly “Million American March Against Fear” (MAMAF), but the site creator failed to ensure that that specific Facebook web address was available.

With their main page addy being https://www.facebook.com/pages/Million-American-March-Against-Fear-on-9-11/222129701260572, the AMPAC’s “About” section re-directs readers to their secondary Facebook site, http://www.Facebook.com/MAMAF.

Unfortunately for AMPAC, www.Facebook.com/MAMAF is currently taken by a blond-haired and silver-eyed (à la The Doobie Brothers) French lass who could easily be taken for a French actress or fashion model.

Marion Fischer, who recently completed her matriculation at Strasbourg’s famous Lycée International des Pontonniers, secured her Facebook address of MAMA.F (apparently for her internet nickname of Mama Fischer) in late 2008, beating out the MAMAF (Million Muslim March Against Fear) by at least five years.

Although Marion Fischer doesn’t disclose any particular religious affiliation, Fischer is a common Jewish name in Europe. According to JewishPeopleoftheWorld.com, Strasbourg is home to 16,000 members of the Hebrew Faith.