Upon what basis does responsible governance require fully funding a program that the President himself has partially suspended?

The most persuasive case for not passing a budget that fully funds Obamacare is the rule of law/responsible governance argument that would demand that bills that become laws be fully funded until a future bill becomes law that repeals the former.

But, the GOP leadership doesn’t make that argument. Rather, they make the perfect the enemy of the good by arguing against a budget resolution that fully funds all government programs and departments save for Obamacare since, a de-funding for one year would only be partial and temporary. And?

Yet, the Chief Executive, that issues budget resolution-veto threats like threats of suicide by a man on the ledge of a skyscraper window, has unilaterally imposed a partial and temporary suspension of Obamacare outside the rule of law via executive fiat!

Must Republicans adhere to Marquis of Queensberry rules in an Ultimate Fighting contest in which sissies are allowed to continually kick you in the crotch?

Twice this week we have argued for the tea partier-created Republican House to finally exercise the power of the purse twice granted to it by the American people, yet can get no conservative naysayer to spell out ANY circumstance under which it would be acceptable NOT to cave to Obama veto threats. One wonders why President Obama and Majority Leader Reid don’t demand Union Card Check, Cap-and-Trade and instant full voting rights-citizenship as a condition for approving a budget bill.

Because after all, EVERYONE KNOWS that Newt had his clock cleaned by Slick Willie over a government shutdown in the 1990s and the media, academia and Hollywood are owned by liberal Democrats. Right?

I say, let Obama jump off the ledge. 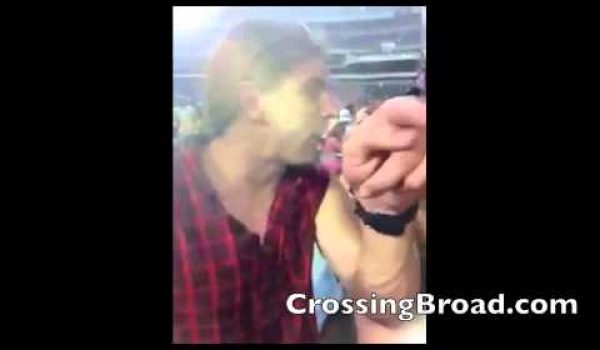