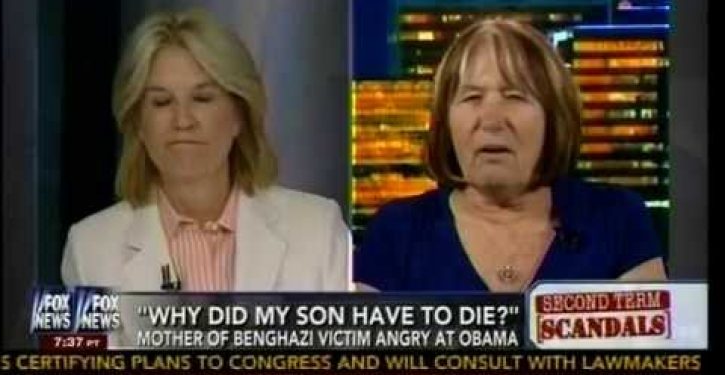 For a “phony scandal,” the administration’s actions during and after the Sept. 11, 2012 terrorist raid on the U.S. Consulate in Benghazi sure have all the makings of a cover-up — and a pretty unseemly one at that.

The latest intimation that the White House has not been candid came with the charge by CNN’s Jake Tapper on Thursday that the CIA has been routinely subjecting its operatives to polygraphs in order to keep secrets from the Benghazi attack from becoming public.

A source also reportedly told the cable network that as many as 35 Americans were in the consulate the night of the attack and that at least seven of them were seriously injured.

The CIA is involved in what one source calls an unprecedented attempt to keep the spy agency’s Benghazi secrets from ever leaking out. Since January, some CIA operatives involved in the agency’s missions in Libya, have been subjected to frequent, even monthly, polygraph examinations, according to a source with deep inside knowledge of the agency’s workings. The goal of the questioning, according to sources, is to find out if anyone is talking to the media or Congress.

In the meantime, the president’s repeated claims in speeches this week that the scandals plaguing his presidency are “phony” would be laughable if they weren’t so tragic. Four Americans were brutally murdered in the anniversary raid in Benghazi. No one knows that better than Obama, who made a point of appearing in front of news cameras at Andrews Air Force Base with then-Secretary of State Hillary Clinton to solemnly receive the remains of Ambassador Chris Stevens.

Also, Obama’s calling the investigations “phony” is a little rich when his own U.N. ambassador was dispatched to five Sunday news shows to put out the same phony narrative that the consulate attack was a popular uprising based on a video that offended Muslims. As recently as May of this year, the Washington Post’s fact checker — held aloft in past years by White Press Secretary Jay Carney as the ultimate arbiter of truth — gave Obama the maximum four Pinocchios for his revisionist history of his administration’s statements on Benghazi.

At the very least, the president owes an explanation, if not an apology, to the families of those individuals killed. For them, there is nothing phony about the death of their loved ones.

Previous Post
White Student Union at Georgia State automatically equated to Nazis, KKK
Next Post
16 reasons why Hillary is poised to win in 2016