Weinergate is a demonstration of the depths of depravity to which people in public office are capable of sinking. But the photos and texts that have been published are not the first of their kind.

Neither were the recordings of dalliances between President Bill Clinton and intern Monica Lewinsky. But a new tape from that affair that has surfaced could “torpedo Hillary [Clinton]’s expected run for the White House.”

So writes Radar Online in its report on a new audio tape obtained by “The National Enquirer” and due to hit the newsstands tomorrow. In the 3-minute, 47-second recording, Lewinsky tells the commander in chief: “I could take my clothes off and start… well…”

Mail Online notes that the never-before-heard tape was made months after Clinton and Lewinsky’s final alleged tryst in March 1997. In it a determined Lewinsky, at the time 24, pleads with the married president to meet her, adding that she plans to be persistent because “I really want to see you.”

On the recording, Lewinsky offers Clinton two choices — neither of which is refusing to see her. At one point she says, “You can’t refuse me because I’m too cute and adorable and soon I won’t be here anymore to pop over.”

According to the Enquirer, the tape was obtained by a cleaner who was hired by friends of Lewinsky. “I was supposed to shred everything in late 1998, but for some reason I kept this material,” the cleaner said.

As for the damage the material could do to Hillary Clinton’s chances in the 2016 presidential race, a source told the tabloid:

The Clintons thought this sex tape was dead and buried. If this tape and other material are surfacing now, imagine what else must be out there?

This could be just the tip of the iceberg and the most embarrassing ‘bimbo eruption’ of all for the Clintons.

Bill Clinton’s rendezvous with the young intern emerged recently in comparisons with the Weiner scandal, much to the chagrin of the former president and his wife. 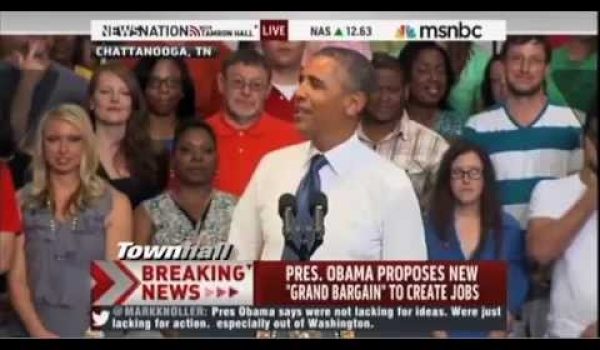