American culture, the rule of law, and any semblance of rational thought by liberal Democrats are dead.

How else to explain the glamorization of a mass murdering Islamist terrorist on the cover of Rolling Stone, and President Obama’s unilateral grant of amnesty to illegal aliens covered by a Dream Act that Congress rejected?

Before you attempt to answer consider in addition the no-questions-asked release of criminals from incarceration claiming Dream Act status even if they assaulted ICE agents and the deafening silence of the party of Bill, Hillary, and Barack to all of the above:

National ICE Council president Chris Crane explained how President Obama’s de facto repeal of immigration enforcement has led to serious and dangerous criminals being set free. “What the Obama Administration has ICE agents now doing is we now go into jails and prisons looking for illegal aliens inside of those facilities who have committed and been convicted of crimes. So we apply the Dream Act not to kids, in schools, but to adult inmates and have to ask them basically ‘Do you qualify for President Obama’s Dream Act?’ When they tell us ‘Yes we qualify’ we can’t even require them to give us any kind of proof, a transcript, or anything like that. We can’t detain them for investigation to substantiate the claims, we simply have to release them to the street. They walk out the back door of the jail as ‘Dreamers.’ There is nothing we can do about that.

Crane then related a story of a man who was detained for assaulting a family member, injured two ICE officers during his arrest and, despite the serious nature of his crime, was released because ICE managers informed the arresting officers that ‘He’s an Obama Dreamer, release him.’ Crane went on to explain “No investigation, no criminal charges, no consideration of the public safety threat. He’s an Obama Dreamer, let him go, and that’s a scary situation.”

But what would one expect from a company (and political party defined by Black Panthers in the 1960s and New Black Panthers in the 2010s) located on Manhattan’s Avenue of the Americas poised to address a serial obscene cell-phone-photo exhibitionist Mayor as “your honor” and call-ring prostitute Client 9’s serial johnster, “City Controller Spitzer”? It makes one wonder if the Democratic Party has had a double-secret Animal House-amnesty Dream Act in place since Bill Clinton’s rendezvous with Juanita Broaddrick, Hillary’s with Rose law Firm records and Benghazi and Barack Hussein Obama’s with choom, blow, Rev. Wright, Bill Ayers, IRS commissioners and the Muslim Brotherhood. Arkansas and Illinois were states, like Hawaii, before Mssrs. Blythe and Obama and Miss Rodham were born though, right?

The Democratic Party’s “best and brightest” have come a longer way than Virginia Slims, baby. In fact, when Chicago (nicotine patch) Slim retires to write his third autobiography, he could do worse than a third-person sequel to JFK’s Profiles in Courage that highlights BHO’s profiles in Al Caponish-moxy when defying federal judges over illegal oil drilling moratoriums and illegally ending welfare reform as we knew it. To be fair though, our Chief Executive’s recent exercise of extra-constitutional noblesse oblige delaying the Obamacare-prescribed employer mandate does rival Scarface’s public service provisions of mindlessly prohibited alcohol to a greatly depressed nation. But heck, even King George III and blind squirrels occasionally find a nut. President Obama found over 50% of such hard fruits last November, but I digress.

For the record, we favor a bill becoming a law via constitutional means that would excuse minors for the illegal border-crossing sins of their madres and padres. We don’t favor overlooking assaults on and batteries of the police in hopes that such parolees would forever dream of losing their virginity while pulling a voting booth lever for Weiner, Spitzer or the latest Democrat with a hand out.

Admittedly, this conservative Republican longs for the days when popular culture held up C.S. Lewis-like “men with chests” that took small steps for man and giant leaps for mankind before our Commander-in-Chief turned NASA into a Muslim outreach program. We long for virtuous heroines in the mode of Margaret Thatcher rather than Sandra Flukes. And we pray for the restoration of the kind of honor and dignity to the White House that respects the rule of law.

But until then, we hope Republicans in Congress will exercise some of their raw power of the purse to coerce a President that assaults and batters the Constitution of the United States until he understands he is no King, even if that means a game of government-shutdown/debt ceiling chicken longer than the Boston Marathon that compels Rolling Stone to publish an iconic cover glamorizing Speaker John Boehner, the mass murderer of gangster government. 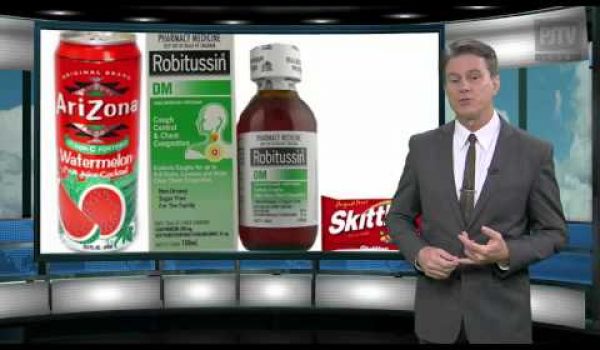