As Rahm Emanuel said at the begging of the Obama Presidency, “Never let a crisis go to waste.” It;s a lesson Obama still follows. Yesterday, possibly after waiting for poll results, the president finally spoke out about the Zimmerman trial results.

On the positive side he did call for calm and acceptance of the jury decision.

I know those passions may be running even higher. But we are a nation of laws, and a jury has spoken. I now ask every American to respect the call for calm reflection from two parents who lost their young son.

But then in almost the same breath he launched into selling his anti-Gun agenda:

We should ask ourselves if we’re doing all we can to stem the tide of gun violence that claims too many lives across this country on a daily basis. We should ask ourselves, as individuals and as a society, how we can prevent future tragedies like this. As citizens, that’s a job for all of us. That’s the way to honor Trayvon Martin.

Keep in mind that part of the reason for this show trial was Obama’s incitement of the case by observing, “If I had a child he would look like Trayvon Martin” (which made some question whether Michelle was sleeping with Trayvon’s dad). Another action leading to the trial was the DOJ’s spending of our tax dollars to help organize the anti-Zimmerman trials.

Obama also suggested today that the Florida controversy might justify for further federal intervention in Americans’ social lives. “    We should ask ourselves if we’re doing all we can to widen the circle of compassion and understanding in our own communities,” he said in the statement.

In prior statements, Obama has highlighted his progressive view that federal government should play a larger part in Americans’ lives, usually at the expense of non-government groups, such as churches, unions, companies and civic groups, which are now struggling amid much increased social diversity.

It would have been nice if the President had used this opportunity to call for unity, to mention that George Zimmerman has been found not guilty and should now be left alone. But this is not president who never believed in uniting the country. Instead, his progressive agenda has been all about labeling people and divisiveness. 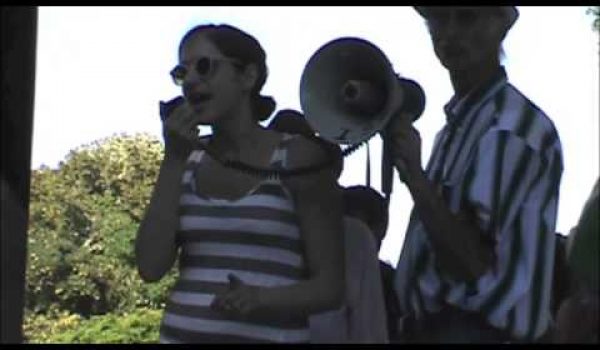 Pro-Trayvon Martin protester: You need to be ‘checking your white privilege’ daily
Next Post
Trayvon Martin's run-ins with the law few knew about, media ignored