The European Court of Human Rights has issued a disturbing ruling that life without parole is “inhuman and degrading” treatment forbidden by Article 3 of the European Convention on Human Rights.  It ruled that this is so even when it is given to a murderer who has previously showed he cannot be trusted to be released, because after being released from jail for a prior murder, he went on to murder again.  It ruled in favor of three such murderers who challenged England’s use of life without parole (which it reserves for the worst murderers), and awarded 40,000 Euros to one of them in attorney fees.

The court’s ruling invalidates life without parole practices that are common means of protecting public safety in the U.S., but not as prevalent in Europe, where they are employed mostly in places like England and the Netherlands (in England, they are referred to as “whole life” sentences).

The European Convention on Human Rights was adopted in 1950, when countries like France and England still had the death penalty (France did not abolish the death penalty until decades later, when it did so voluntarily). It plainly was not intended to ban lesser punishments for the most heinous offenses, such as life without parole for repeatedly committing premeditated murder and torture after previously have been convicted of murder and then released. As Jeb Golinkin notes at The Week, the European court’s decision is inconsistent with the “history” of the relevant provisions, and is not mandated by “evolving standards of decency.”

It’s common to see supporters of U.S. ratification of international treaties claim that they will not radically uproot existing U.S. practices or freedoms, because their provisions echo provisions of America’s own laws or Constitution. Such was the fallacious argument made on behalf of U.S. ratification of the United Nations Convention on the Rights of Persons with Disabilities (that treaty’s text is actually broader than the Americans with Disabilities Act, making it an economic threat to American business, but even if its text weren’t broader, it might well be interpreted more broadly, as we previously explained). But this ruling, like other rulings by international tribunals, call that assumption into question.

The Convention’s inhuman/degrading treatment ban echoes the cruel-and-unusual punishment ban in the U.S. federal constitution, and while it is perhaps broader than the U.S. eighth amendment, it is linguistically and conceptually no broader than the cruel-or-unusual punishment ban contained in some U.S. state constitutions like California’s. Yet it has now been interpreted to ban as a human-rights violation a practice found throughout America, and widely viewed as necessary by American criminologists, the public (in opinion polls), and criminal justice experts. The court’s ruling will impede extradition of terrorists to the U.S. for planning acts of terrorism against us, and Europeans who commit murder in the U.S. and then flee to Europe, since the European “Court has also held that states cannot deport or extradite individuals who might be subjected to torture, inhuman or degrading treatment or punishment, in the recipient state,” in its 1997 Chahal decision and the 1989 Soering case. (Soering, a German citizen, was extradited to Virginia for killing his girlfriend’s parents in that state, and received two life sentences from a Virginia court.)

The European court’s ruling reflects the perverse notion that anyone, no matter how often they commit murder, is entitled to be released if they are rehabilitated.  But as one commenter notes, this “theory of rehabilitation basically states that everyone has a free kill or two. It’s not justice and it’s not civilization.” Deterrence is obviously an equally important important goal, as is (in the case of repeat murderers) incapacitation of violent criminals to protect public safety (the murderer awarded 40,000 Euros by the court, Vintner, “murdered a colleague in 1996 and after being released stabbed his wife in 2008.” The court has ordered that England review the sentences of these murderers after they have been incarcerated for a substantial period to see if there are “legitimate penological grounds for their continued detention and whether they should continue to be detained on grounds of dangerousness,” giving lip service to the undeniable fact that public safety and incapacitation — not just rehabilitation — are valid purposes of incarceration. But given the murderers’ documented history of committing horrific murders after supposedly paying their debt to society, one wonders how England could possibly lack a legitimate penological ground for keeping them locked up to protect the public, rather than forcing their victims’ families to show up for agonizing and grueling parole hearings.

As George Mason University’s Ilya Somin and Northwestern University’s John McGinnis have noted, international law and court rulings tend to be of worse quality than domestic law, partly because of the lack of accountability of international bodies, and more diffuse lines of responsibility between them and the widely-varied societies and polities that they represent, who are less able to demand accountability from them for malfeasance or misfeasance. This is an added reason to be reluctant to give decision-making authority over national affairs to such remote and unaccountable entities.

International treaties can threaten constitutional liberties such as free speech because treaties are often interpreted utterly differently by international bodies than analogous provisions of the U.S. Constitution are interpreted by our courts. For example, a U.N. Committee told Germany that it must prosecute a former legislator for anti-immigration remarks to comply with a treaty banning racial discrimination, even though Germany did not view them as rising to the level of hate speech (By contrast, the U.S. Constitution protects even hate speech, according to the U.S. Supreme Court, even though U.S. federal law, like international treaties, bans racial discrimination).

Left-wing lawyers manage to take international treaties that sound similar to U.S. state or federal laws, and interpret them as mandating their ideological wish lists, such as restricting criticism of Islam and minority religions as “hate speech,” banning Mother’s Day as sexist, and mandating quota-based affirmative action. For example, the CEDAW equal-rights treaty has been construed by an international committee as requiring “redistribution of wealth,” “affirmative action,” “gender studies” classes, government-sponsored “access to rapid and easy abortion,” and “the application of quotas and numerical goals.” (Governmental racial quotas violate the U.S. Constitution, as do quotas imposed on private enterprises based on race or gender.)

Commenters at the left-wing publication The Guardian who reflexively endorse the European court’s ruling because of its ideological tinge also claim America is violent because it has the death penalty, even though the death penalty is quite different from life without parole, in terms of its severity and irrevocability. (Never mind that scholars like Ernest Van Den Haag have concluded that the death penalty actually saves lives since each execution deters many murders.  And never mind that Louisiana, which has the highest murder rate, sharply restricted the death penalty for a substantial period starting in 1846, while much safer Virginia, which historically had one of the highest per-capita execution rates, has a much lower crime and murder rate than either it, or neighboring Maryland, which bans the death penalty. Virginia has a much lower crime rate than most southern states, and Virginia’s Fairfax County has a much lower crime rate than demographically similar, neighboring Montgomery County, Maryland, despite having had a similar violent crime rate as recently as 1978, when criminal penalties were more similar between Maryland and Virginia. Today, prison sentences are much longer in Virginia, and parole has been largely banned in Virginia.) 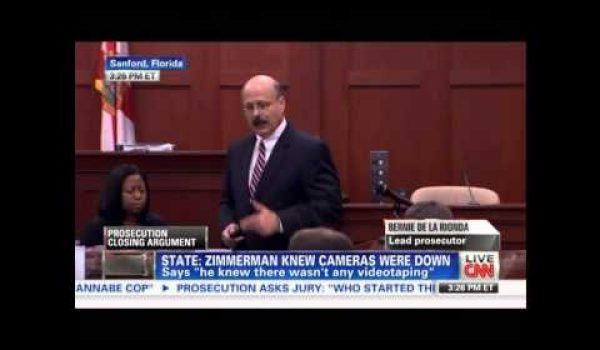