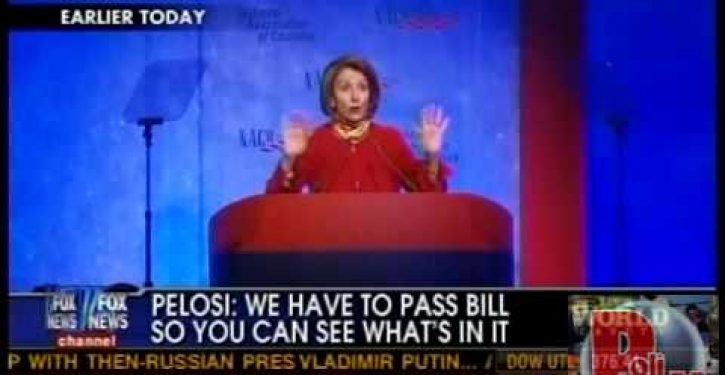 Another day, another delay in the star-crossed health care reform law. This one, which the Obama administration warns will take at least a year to fix, could give unintended aid and comfort to tobacco users. It could also bump up the already over-budget costs of implementing the unwieldy law by knocking the legs out from under a potential source of revenue.

The Associated Press reports that a penalty to be assessed on aging users of tobacco that could have made their premiums unaffordable will not be enforceable when the health exchanges go into effect in October. The root of the problem, the White House notes, is a computer glitch.

The net effect, according to AP, is that older smokers are likely to pay less of a penalty for their pernicious “lifestyle habit,” while younger smokers may wind up facing stiffer premiums than they otherwise would have.

Because of a system limitation … the system currently cannot process a premium for a 65-year-old smoker that is … more than three times the premium of a 21-year-old smoker.

If an insurer tries to charge more, “the submission of the [insurer] will be rejected by the system.”

In simpler language, the law — which requires insurance companies to accept all applicants regardless of pre-existing medical problems —  was to provide insurers with a means of insulating themselves against bad risks by charging older tobacco users premiums up to 50% higher. But a competing provision in the law says insurers can’t charge older customers more than three times what they charge the youngest adults in the pool. The government’s computer system is unable to accommodate the two. Younger smokers and older smokers must be charged the same penalty, or the system will kick it out.

Generally a 20-year-old who smokes probably doesn’t have much higher health costs than someone who doesn’t smoke in any given year. A 60-year-old is another story.

This latest snafu, the third in two weeks, is creating an increasing sense that when Nancy Pelosi famously said in March 2009, “We have to pass the bill so that you can find out what is in it,” she had no idea herself how ill-conceived the legislation was.

Robert Laszewski, a health care industry consultant, responded to last week’s news that the employer mandate would need to be placed on hold by observing:

This was an administration that was telling us everything was under control. Everything was going to be fine. Suddenly this kind of stuff is cropping up every few days.

One solution to the problem would be to charge every smoker the same prohibitive penalty regardless of age. But apart from the general inequity of such an approach from a dollars-and-sense standpoint, the penalty would in Laszewski’s words “throw cold water on efforts to get younger people to sign up.”

Previous Post
America: From a nation of steelworkers to a nation of Wal-Mart greeters
Next Post
Newborn taken by child services after mother tested positive from poppy seed bagel