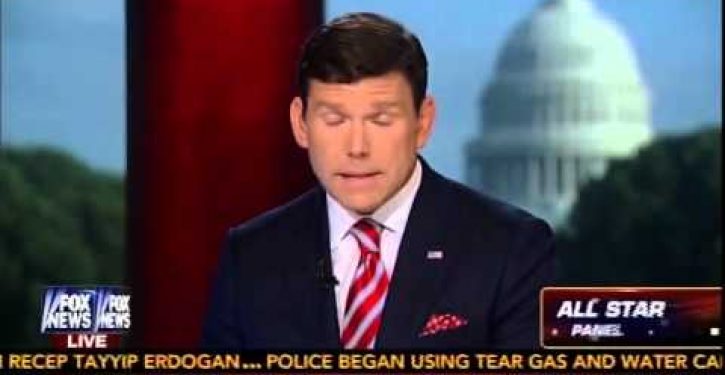 File this one under “aren’t you glad we didn’t elect an idiot like Sarah Palin to be one heartbeat away from the president?” Actually, according to the current buffoon who is a heartbeat away from the president, we didn’t elect George W. Bush in 2000 etiher. Maybe it is his dementia kicking in or maybe he’s in a time warp, but Joe Biden claimed at a fundraiser for Ed Markey on Tuesday that Al Gore had actually won and that the Supreme Court was wrong.

But if we’re to take Biden at this word, then we should also distrust the current administration, which has been caught red-handed listening in on private conversations and reading private emails in the name of national security. This view is the one the veep expressed back when he was  a senator in 2006. Tea Party News Network has clip from an appearance Biden made on CBS News on May 12 of that year. (The clip was rebroadact on last night’s Special Report with Bret Baier.)

After viewing the footage, keep in mind that if Barack Obama were to be impeached and removed from office, a possibility raised here at LU yesterday, Biden would be president!