On Monday, Homeland Security Secretary Janet Napolitano warned that if the sequester was permitted to take effect on Friday, her agency would be forced to furlough 5,000 border control agents. Asked if the cuts would make the country more susceptible to acts of terrorism, Napolitano said:

It’s always a threat. We do what we can to minimize the risk, but the sequester makes it awfully, awfully tough.

But don’t take Napolitano’s word for it. Actions speak louder than words, and if you train your gaze on one of the detention facilities where illegals are being held, you will see “waves” of them being released. And since U.S. Immigration Customs and Enforcement only rounds up lawbreakers to begin with, you can rest uneasy in the knowledge that people who violated the laws of our country, not once but twice, are now being set free.

McClatchy reports that at least three detention centers, one each in Texas, Florida, and Louisiana, are thinning out their detainee populations in line with budget cuts that will commensurately affect the number of agents available to guard them.

Gillian Christensen, a spokeswoman for ICE, is quoted as saying:

In order to make the best use of our limited detention resources in the current fiscal climate and to manage our detention population under current congressionally mandated levels, ICE has directed field offices to review the detained population to ensure it is in line with available funding. As a result of this review, a number of detained aliens have been released around the country and placed on an appropriate, more cost-effective form of supervised release.

Christensen doesn’t specify what that “more cost-effective form of supervised release” is, but a comment by Domenic Powell of the National Immigrant Youth Alliance, an immigration advocacy group, appears to contradict her claim. Powell is quoted as saying that “detainees who are low priority are being released in mass without bond.”

What does “low priority” translate to? According to Manuel Perez, a detainee at the Polk Detention Center in Livingston, Texas, it’s “small things.” Perez is quoted in a statement from the National Immigrant Youth Alliance as saying, “Lots of us are getting out who were brought in for driving without a license or other small things. I hope more of us are able to get out soon.”

Assuming that Perez et. al. pose little threat to national security, then what was Napolitano talking about when she spoke of the sequester making it “awfully, awfully tough” to “minimize the risk” of a terrorist “threat”? It seems as though, she like her boss, will go to any lengths to politicize opposition to the sequester — even if it means turning criminals loose on the streets. 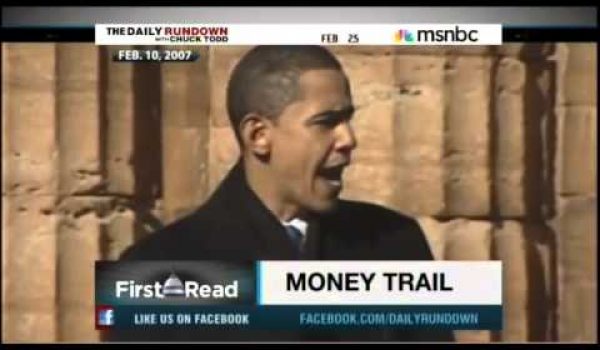