The problem with the Internet for those who shoot first and aim later is that it has a memory. Journalists who allow themselves to be taken in by spoofs (of which there are many — another pitfall of the Internet) learn too soon that there is no eraser.

The most recent recipient of that invaluable lesson is lefty scribe Suzi Parker, who gleefully reported in today’s Washington Post that Sarah Palin, the “once-upon-a-time darling” of FOX News Channel, is joining al Jazeera America as a commentator:

“There’s just one problem with Miss Parker’s ‘scoop,’” writes The Blaze.com’s Becket Adams. “It’s 100 percent bogus. Her entire story is based on a fake report from the parody website The Daily Currant.”

The Post column can still be read online, although the title has been changed (from “Sarah Palin’s plan to reach ‘millions of devoutly religious people’ through al-Jazeera” to “Sarah Palin tries to stay relevant” — talk about your irony!). A correction/mea culpa now prefaces the article, and the references to al Jazeera — which was originally the meat of the story — have been excised.

The original column is here.

Parker isn’t the first gloating liberal to get snookered by a spoof, and the Post isn’t the first “elite” publication. TIME magazine reported in 2011 that Palin (the former Alaska governor is a favorite punching bag) had said that Christina Aguilera should be deported for having botched the National Anthem at Super Bowl XLV. More hilarious still was MSNBC host Rachel Maddow’s on-air belly laugh a week earlier over a supposed Christian website article that called upon Palin (again!) to play Joan of Arc in an “American-led invasion” of Egypt. Neither the website nor the article’s author were real. 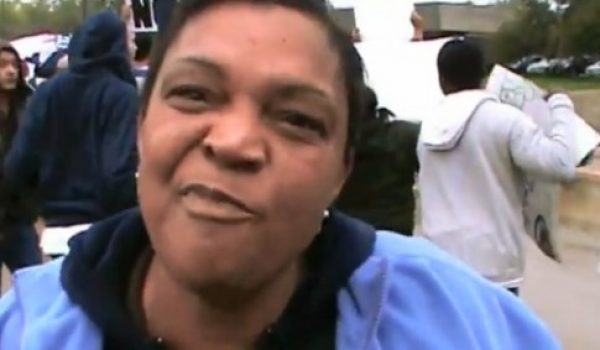