Students of propaganda may be impressed by a new report from the federally-chartered Institute of Medicine, which confirms an earlier study conducted by the World Health Organization (WHO) that the U.S. health system lags behind those of other high-income countries. What both studies actually confirm, however, is that leftism is more important to these organizations than accurately assessing health care quality.

The new study reaches its findings in part by parroting statistics such as infant mortality rate and life expectancy, and advancing that, because the U.S. fares worse on these measures than other countries, it reflects the poorer quality of our health care. On the surface this may appear true, but Sally Pipes recently knifed through the hoopla and corrected these distortions.

To briefly summarize her points, the United States has higher murder rates and more car accidents than other countries, and although such phenomena have nothing to do with health care, they artificially deflate the average U.S. life expectancy. Infant mortality data equally mislead. Discrepancies exist in how countries define a live birth, and the U.S. often attempts to save premature babies that other countries can’t (due to deficient technology). Since perfect success is impossible, failures bloat mortality rates.

For those of us concerned with truthfully measuring health care quality, these facts are highly relevant. For those concerned with advancing leftism, such as the Institute of Medicine and WHO, such facts may be irrelevant. That is because the left values equality—not quality—of health care: “Unlike its peer countries, the United States has … more limited access to pri­mary care … The United States also has higher levels of … income inequality,” laments the Institute of Medicine. Similarly, years ago the WHO ranked the U.S. health system 37th in the world, in large part due to health care inequality. As John Stossel notes, “By that criterion, a country with high-quality care overall but ‘unequal distribution’ would rank below a country with lower quality care but equal distribution.”

Certainly not everyone in the United States can afford top-of- the-line surgeries or state-of-the-art treatments, but nor can everyone afford top lawyers and accountants. Ironically, citizens of the countries the left would like the U.S. to emulate not only cannot often afford top-of-the-line health care, but no such care exists.

To those not preoccupied with equality, better indicators of quality include: medical innovation & research, cancer treatments, and response time, all of which the U.S. leads. Why else would world leaders come here for medical treatment?

Prestigious studies from renowned institutions may chide our health system relative to other wealthy nations’, but by doing so these organizations reveal their commitment to leftism rather than an honest assessment of health care quality. 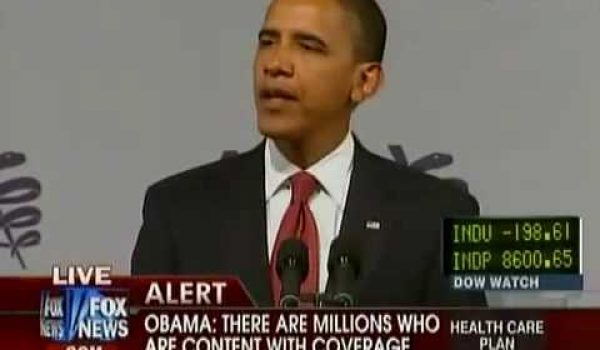 CBO: Under Obamacare 7 million to lose employer-provided health insurance
Next Post
Obamacare costs skyrocket, premiums could triple for some