There have now been some half dozen stories of school administrators overreacting to toy (or imaginary) guns in the wake of the Sandy Hook shootings. But a district in South Carolina has achieved a new low in mind-numbing idiocy. Sumter County (S.C.) School District didn’t merely suspend a kindergartner for bringing a toy gun to class for show and tell: They expelled her.

“I thought I could show my friends it because they might like seeing it,” 6-year-old Naomi McKinney told reporters as the news cameras rolled on Wednesday. Yeah, think again, kid!

The child’s father says he received an urgent phone call from the school back in early January and that when he arrived he was ordered to escort his daughter off school property. He says he was shown the offending toy, which he describes as a “little clear plastic gun.” Requests for a picture of the weapon have been refused on the grounds that that information is part of the child’s discipline record, which is classified.

Several days after the Jan. 7 incident, the McKinneys received a letter explaining that Naomi is not allowed on school property or at any school-sponsored event on or off campus. The letter further stated that if she’s caught trespassing, she will be shot on sight … er — make that “subject to criminal charges,” which is only slightly less ridiculous.

The McKinneys attempted to file an appeal with the district, but their request for a hearing was denied. When they pick up their other children, who still attend the school, they are required to park off school property in case Naomi is in the car.

“You have to show some kind of judgment,” Hank McKinney says, adding:

I know there is a lot going on with guns and schools and that is tragic but a six year old bringing a toy to school doesn’t know better.

She’s not interacting with her friends at school, she isn’t going on field trips or anything she thought was exciting. It is all gone.

Naomi now spends her days at her dad’s furniture store, though the district will be assigning her a home-based instructor. That way, the 6-year-old can keep up with her studies, while the school remains vigilant about maintaining “a safe and secure environment” for the other children.

Studies of gifted children have revealed that a lack of social interaction with peers can be an impediment to normal mental development. As a simple thought experiment, let us suppose that a child in exile — call her Naomi — is damaged by her isolation from children her own age and grows up maladjusted. If such a child were to return to school as an adult, this time with armed with a real gun, who gets the blame? 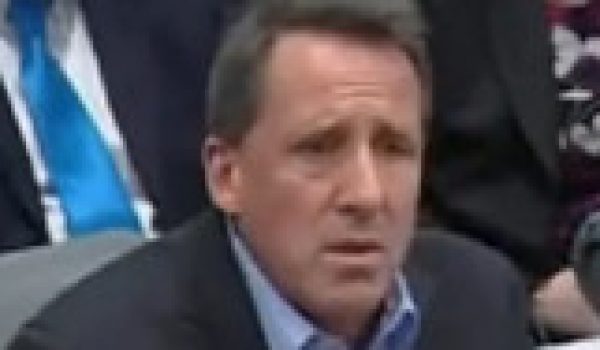