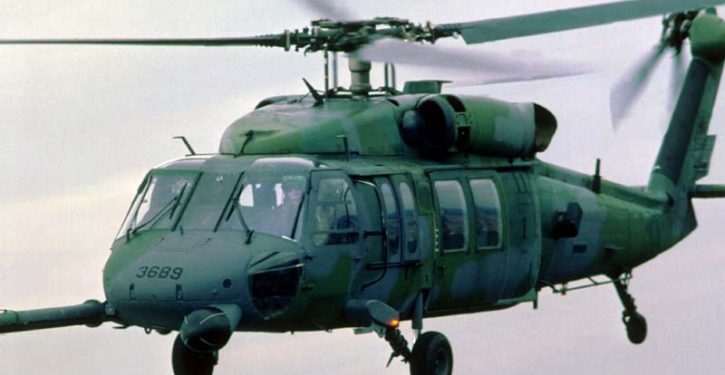 Imagine BlackHawk helicopters firing in a high-density, high-traffic area in a major American city. Something out of a movie, done with CGI effects, you say?

Last week, an unknown number of Blackhawk helicopters strafed the Miami skyline while numerous residents on balconies overlooking the city witnessed the helicopters actually firing their machine guns with blanks in the vicinity of the Miami Herald Building. One amateur video shot by Atlanta resident Josh Epperson captured the sound of blank rounds being fired.

Government officials can still own assault weapons under the Feinstein bill.

For full paranoia mode, here’s another question, posed at Breitbart.com: Why is the Department of Homeland Security purchasing 450 million rounds, and why is the Social Security Administration purchasing 174,000 rounds, of hollow-point bullets?

What the heck is going on?
Army drill scares residents on Houston’s south side (h/t Melissa)

The U.S. Army along with other agencies took over the old Carnegie Vanguard High School near Scott and Airport. There were armed men in fatigues, plenty of weapons and what many thought were real live rounds

‘I felt like I was in a warzone.’ Jerrals said. ‘It was nonstop. I was terrified.’