No intel could have proven that Saddam had no WMD and no words from the Secretary of State’s lips can render her incompetent performance competent.

Matt Ryan is a generally competent NFL quarterback who has led my Atlanta Falcons to their best consecutive seasons’ run since he took over for Michael Vick five years ago. But I saw his two turnovers in the second half of their NFC Championship Game loss to the San Francisco 49ers last Sunday. No post-game news conference can change the fact of his responsibility (and those of other teammates) for the failure of his team to reach the Super Bowl.

What has this to do with Hillary Clinton’s testimony before the House Foreign Affairs and Senate Foreign Relations Committees today, much less the ancient story of false intel on WMD stockpiles in Iraq before our 2003 invasion? With respect to the latter, it is next to impossible to prove a negative, so that, especially after 9/11, a lack of intelligence identifying the presence of WMD in Iraq could not have outweighed the public behavior of Saddam Hussein consistent with the presence of such weapons coupled with the risk that he would use them again, as he had in the past.

With respect to the former, Secretary Clinton is no Matt Ryan. For the record, the Falcons have gone 56-24 (57-28 counting playoff games) since Ryan took over as a rookie starting QB in 2008. By contrast, what is Mrs. Bill Clinton’s public record since going pro?

Her first act as President Barack Obama and America’s chief diplomat was to restore diplomatic relations in 2009 with, in her words, the Bashar Hafez “reformer” al-Assad-led Syrian regime. Since the 2011 Arab Spring-inspired protests, the Reformer has slaughtered over 40,000 Syrians in the streets.

Hillary’s second major initiative abroad was to “re-set” relations with Russia. Since the 2009 re-set, President Vladamir Putin has supported terror regimes from Syria to Iran and regularly and publicly taunts President Obama concerning our national debt and hostility to free enterprise, no less. Moreover, the re-set didn’t prevent Obama from revealing a secret “flexibility” plan to gut America’s nuclear defenses after the 2012 election while, speaking to Prime Minister Dmitry Medvedev over an open mic.

Finally, concerning the September 11, 2012 terrorist attack on our consulate in Benghazi, Libya, we don’t need testimony from Mrs. Clinton to know that:

She was Susan Rice, the serial video-blamer, before anyone knew who the U.S. Ambassador to the United Nations was:

On Sept. 14, 2012, three days after the assault at Benghazi, President Barack Obama and Secretary of State Hillary Clinton spoke at the transfer of remains ceremony to honor the four Americans killed. The White House published video of their remarks.

After lauding the four slain Americans, Clinton said “This has been a difficult week for the State Department and for our country. We’ve seen the heavy assault on our post in Benghazi that took the lives of those brave men. We’ve seen rage and violence directed at American embassies over an awful internet video that we had nothing to do with. It is hard for the American people to make sense of that because it is senseless, and it is totally unacceptable.”

Emails released late Tuesday provide evidence that, contrary to Clinton’s remarks on 9-14, on the evening of 9-11 and just two hours into the attack, Clinton had been made aware that terrorist group Ansar al-Sharia was claiming responsibility for the attack. The United States had a drone or maybe multiple drones overhead, feeding video of the battle back to the State Department and the White House Situation Room. That video allowed members of the administration to monitor the battle in real time.

Her record as Secretary of State: 0-3

Other “professional accomplishments” include twice voting against funding U.S. armed forces in the field while the junior Senator from New York and achieving “honorable friend” status with Senator John McCain in the Senate Cloakroom. She was elected to the U.S. Senate, so her composite record as a D.C. pro stands at 1-4-1.

But didn’t Hillary Rodham Clinton perform the “job” of First Lady mostly from the West Wing of the White House? Fine, so let’s include her eight years of  achievements as a “full partner” in Bill Clinton’s presidency:

Finally, while a heavy favorite to win the 2008 Democratic Party presidential nomination, her and Bill’s vaunted Clinton Political Machine failed to organize caucus states. Her non-amateur record now stands at 1-8-1, but feeling generous in our post-Inaugural glee let’s consider Bill Clinton’s “I do”, achieving victim status at Rick Lazio’s expense and taking white racist bitter clinger votes in the 2008 Pennsylvania Democratic primary away from Barack Obam, as three “wins”.

Final professional First Lady, Senator and Secretary of State composite Hillary Rodham Clinton record in the District of Columbia and the Empire State: 4-8-1

Again she is no Matt Ryan and no matter what she says today or what the CIA could dig up, save for proof the real Hillary has been held hostage since not baking cookies for Gennifer Flowers while a robot Stepford wife assumed her identity until its batteries ran down after a fainting spell, can turn a failed record into a competent favorite to win the nomination of a responsible political party to succeed Barack Obama as the 45th President of the United States at noon, four years from last Sunday.

But then again, she is a Democrat and the 2012 electorate re-hired a worse failure than her. 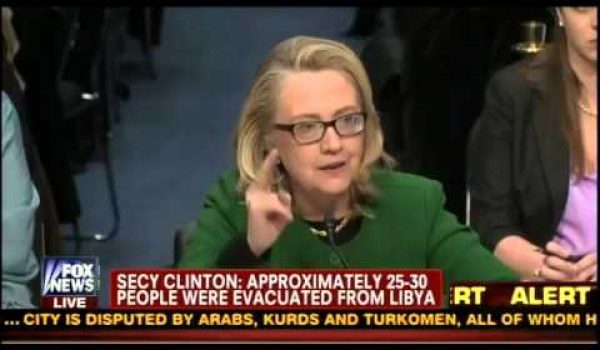