Kevin Carroll, co-chairman of the patriotic British organization The English Defence League (EDL) was arrested by British police for a “hate speech” crime, as reported by The Independent (of London, England).

Carroll was arrested by Bedfordshire police after he penned a posting on his personal FaceBook page speaking out against the Muslim ritual slaughter of animals in preparation of the yearly Eid festivities (see photo, left).

Many in the British Isles and the Western World in general are slowly but surely starting to speak out against the slaughter, claimed by many to be especially cruel and dragging out the animal’s pain unnecessarily.

In a nation that prides itself of freedom of expression, no matter how unpleasant some may find it, Carroll was arrested by British authorities for exercising his alleged freedom of speech.

An unnamed spokesman for the Bedfordshire police stated:

A 43 year old was arrested on Saturday morning on suspicion of  ‘display threatening abusive/insulting written material with intent/likely to stir up racial hatred.’

They are all f*****g backwards savages, a devil spawned death cult worshipping all that is unholy and barbaric, pure evil.

The Festival Of Slaughter…

The ritual slaughter of millions of animals ranging from camels to sheep every year in preparation of the Islamic Festival of Eid Al-Adha (the festival of slaughter) has been described by the Daily News of Egypt as follows:

For a few days before and after the Adha Eid, the streets of Cairo are filled with blood from the slaughtering of the cattle. It is impossible to avoid the sight of blood, inches high in some places. In some neighbourhoods, if you’re on the street after a cattle beast was slaughtered you will see the butchers, at their most lucrative time of the year, covered in blood and with an array of different sized knives in their pockets.

The EDL is best known for its patriotic pride in their homeland, but lately has been outspoken in their outrage to the “grooming scandals” that have recently swept Britain, as cited by Sky News.

“Grooming” is an English term for manipulating young girls psychologically and through illicit drugs into a life of prostitution.

Thus far, those arrested, tried and convicted have overwhelmingly been Muslims of Pakistani descent.

Critics of British law enforcement has long complained that the Bobbies will routinely turn a blind eye to Muslim-borne crime for the paralyzing fear of being labeled Islamophobes.

How to survive the Inauguration if you voted for Mitt Romney (remember him?)
Next Post
Obama appoints 8 'citizen co-chairs' to extol his virtues at inauguration 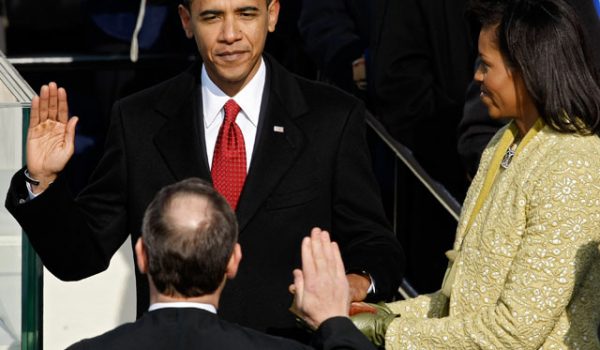