When President Obama reveals today which of some two dozen executive orders on gun control he intends to issue, he will be the lone adult in the room – literally. In an act of shameless political showmanship, he will execute his latest end run around the legislative process in a room full of elementary school-age children (read: potential young victims of future acts of wanton gun violence).

This is not the first time the president has used kids as a cheap prop to justify his acts of imperial fiat. As Michelle Malkin reminds us, he arranged for an 11-year-old orphan to stand at his side as he signed the Affordable Health Care Act into law in 2010. Throughout the signing, Obama wore a Mona Lisa smile, prompted perhaps by the knowledge that the measure had been coaxed into law without a single Republican vote.

The real joke that seems to have been lost on him and his adoring colleagues in Congress was calling the act affordable. Then again, Democrats and Republicans have different definitions of that adjective. For the former, affordable means “needed (or wanted).” For the latter, the meaning is closer to its detonation: “believed to be within one’s financial means.”

The sad truth is that the GOP has now unilaterally assumed the role of “adult in the room” – and they are paying dearly for it. If you are a parent, you understand the difficulty this circumstance presents. Obama has a bully pulpit from which to decry those who refuse to support his profligate spending as “meanies.” They are simply being selfish or refusing to share. When, to take a recent example, they raise the ugly specter of “offsets” to pay for Hurricane Sandy victim relief, they are being wicked and unfeeling.

To judge from recent polls, the appeal to childish abandon is working. A hefty plurality backed Obama’s plan to raise taxes on the rich, consequences be damned. Now that he has received his pound of flesh, he wants another pound to finance his continuing “investments” in education and energy. The adults in the room suggest cutting spending and visiting entitlement reform, but that medicine tastes yucky.

Is the prognosis for the future of the GOP grim? Not necessarily. Despite pronouncements from the likes of Paul Begala, who analogizes the Republican Party to a “failed state,” this too, as they say, shall pass. The pendulum in this still center-right country will swing back.

But the outlook for the country is another story. Credit agency Fitch Ratings warned on Tuesday that the United States could lose its top credit rating for the second time. That grim prognosis may hold true, the agency notes, even if the debt ceiling is raised.

We all should all prepare for the inevitable day when all our toys are confiscated. 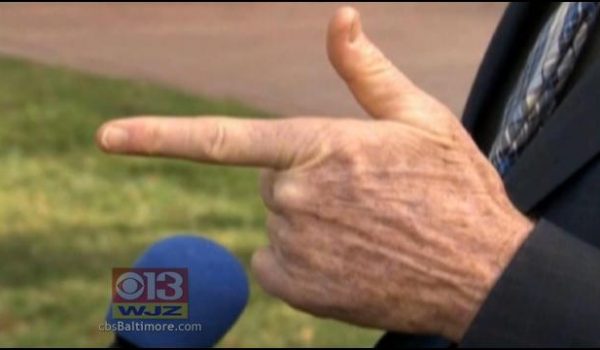