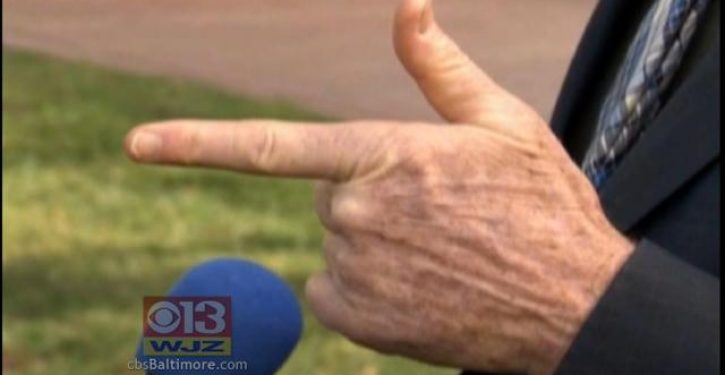 At this rate Maryland will become the safest, if most insular, state in the country when it comes to the threat of school gun violence. There won’t be any violence at all – but that’s because there won’t be any students. All will have been suspended for engaging in pretend violence.

CBS Baltimore reports that on Tuesday, “for the second time in less than a month, a Maryland child was kicked out of school for using his finger in the shape of a gun.” This time there were two ne’er-do-wells, both 6 years old, both suspended for playing cops and robbers during recess, using their fingers as make-believe guns.

You’d think that state school administrators would have pow-wowed by now and decided where to draw the line on what constitutes a legitimate threat and what doesn’t. They haven’t, though the first grader involved in the initial incident at a school in Montgomery County, 6-year-old Rodney Lynch, was reinstated after his parents appealed.

But another day, another school district. And this one, the Talbot County district, has given no indication of backing down.

“It’s ridiculous,” said Julia Merchant, the parent of one of the children involved. For those in need of a more professional opinion, CBS quotes a child psychologist, Dr. Joe Kaine, who says he does “not believe maliciousness was involved here,” adding:

I can certainly appreciate that at school, that’s not a type of play that they are going to endorse and I certainly support that, but that’s where we educate the time and place for doing things.

The article notes that the number of suspensions in the state has been on the rise. There is no word on whether acts of real violence have declined, but maybe it’s too early to tell whether

GOP paying price for being ‘the adult in the room’
Next Post
GOP must call out Obama's Big Lie on default, chide Bernanke